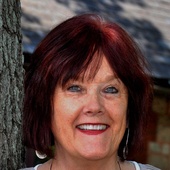 The Common at 88 Middle Street

Looking for an experienced real estate professional who knows the Greater Portland and Southern Maine Real Estate market and can get the results you desire? Accredited Home-Staging Specialist

Get to know Nancy Timberlake

From the Convention and Visitors Bureau of Greater Portland's website:

Portland named among the top twelve surprising, thriving and emerging world travel destinations for 2007 by Frommer's Travel Guides and Frommers.com. Portland Ranked #2 in Self Magazine's 2006 Healthiest cities for women. Portland Ranked #20 in Inc Magazine's 2006 Boom Town List of Hottest Cities for Entrepreneurs. Portland named among the top 50 "Best Places for Business and Careers in the U.S." These rankings combine nine factors, including cost of doing business, job growth, income growth, educational attainment and crime rates. (Forbes Magazine, May 2006) The Port of Portland emerged as one of the Nation's leaders in four separate categories in 2005 according to the U.S. Army Corps of Engineers Annual Table Report. The Port of Portland ranked as: 1. The largest foreign inbound tonnage transit port in the United States; 2. The largest tonnage port in New England; 3. The 25th largest port in the United States; 4. The largest oil port on the US East Coast. Maine named the second-safest and fourth-healthiest state in the nation. (Morgan Quitno Press, 2006) Portland named as one of the top 100 "Best Performing Cities" in the nation. (Milken Institute, 2006) Portland named #15 in medium sized Top U.S. Cities for Doing Business. In the overall category of small, medium and large cities combined, out of 25,000 cities examined, Portland ranked #32. (INC. Magazine, May 2005) Portland Named #1 Top Market in Small Business Vitality. The study suggests Portland to be the strongest small-business sector of any large metropolitan area in the United States and ranked it as the hottest small business market in which to develop a company. ( American City Business Journals, January 2005) Portland Named #14 in "Best Performing Cities" index, for its economic vitality based on measures that include employment and salary growth, with an emphasis on high-tech industries. (Milken Institute, California, November 2004) Portland Named "One of the 10 Great Adventure Towns" (National Geographic Adventure Magazine, August 2004) Portland named #23 in the Top 25 Cities For Doing Business In America (INC. Magazine, March 2004) Portland Named #6 as one of the ten safest, culturally most fascinating US Cities (Travel Smart Consumer Newsletter, January 2004) Portland named Bike Town U.S.A. (Bike Town Magazine, January 2004)"

Home staging is the act of preparing a private residence prior to going up for sale in the real estate marketplace. The goal of staging is to sell a home quickly, and for the most money possible by attracting the most amount of potential buyers. Staging focuses on improving a property to make it appeal to the largest amount of buyers by transforming it into a welcoming, appealing, and attractive product for sale. Staging often raises the value of a property by way of reducing the home's flaws, depersonalizing, de-cluttering, cleaning, improving condition items, and landscaping. For vacant homes, rental furniture can be used to create a living space the buyer could "see" themselves in. Properly executed staging leads the eye to attractive features while minimizing flaws.I offer a complimentary staging consultation with every listing.

I can also offer energy saving tips for buyers and sellers.