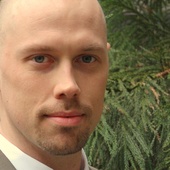 Get to know Philip Kiracofe

As Chief Technologist, Philip is responsible for defining and executing on a vision for the future of the company and the real estate industry. Coldwell Banker is leading the market into uncharted territory defined by transparency, disintermediation, and global reach, and his unique skill set will ensure that the company remains at the forefront of innovation.

Philip's background is one of the broadest and most varied in the industry. Since his 1994 arrival in NYC, he has co-founded and led a diverse range of companies, including a pioneer online grocery service company (Information Neighborhood), an India-based venture capital fund (Soft Bank China India), an early-stage technology incubator (Rare Medium Ventures), and a NY-based property development firm (Realm Property Group). This breadth of industry exposure, along with first-hand experience at every level of a real estate firm - from agent, to broker, to head of sales firm-wide - ensures that the technology vision is driven by sales and customer relationship objectives.

Philip first became interested in transforming the real estate industry while leading dotcom start-ups to re-draw the landscape of one established industry after another during the first internet boom. He joined Prudential Douglas Elliman in February 2003 and from early on, was mentored by members of the executive management team. In 2004, he co-founded Group360, a team focused on developing innovative real estate practices and by 2005, was ranked in the top 8% of Prudential agents nationwide. In February 2006, Philip joined Dwelling Quest as COO, and in just five months, helped spin off the residential division to form CENTURY 21 NY Metro. In less than a year's time, the firm was ranked among the top 10 in NYC in every category, and in the top 0.5% of all Century offices worldwide. He joined Coldwell Banker Hunt Kennedy in Oct 2007. That same month, Philip was chosen as President-Elect for the Board of Directors of MANAR (Manhattan Association of Realtors).

In his free time, Philip's interests range from endurance events (he is training for his second Ironman in July 2008) to charitable pursuits (he is a volunteer puppy raiser for Canine Companions for Independence and a member of Carnegie Hall's Notables). He sits on the Board of Directors for the Manhattan Chamber of Commerce, and continues to support entrepreneurship through active involvement with early stage venture financing.

Philip attended the United States Air Force Academy, where he concentrated in computer science and behavioral science, was a member of the elite Sabre Drill Team, and was responsible for training more than 1000 cadets. He currently resides in Midtown West.

Shiller's Real Estate market index has it all wrong, here's why