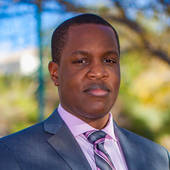 Get to know Shawn Cunningham

Shawn Cunningham has lived in Las Vegas since 1993. He began his real estate career in 2000 at the age of 17, working as a marketing intern.  He attended his first real estate conference - Howard Brinton's STAR POWER in 2000 in Orlando.  Shawn bought his team in 2006 and brought twin brother Kyle on as a partner in 2008.  The brothers launched Cunningham Real Estate Group in 2010 and the team consistently ranks among the top RE/MAX teams in Nevada annually.

Shawn was the 2017 Nevada CRS state president and also served on the national CRS Board of Directors (2017-2019) and the Greater Las Vegas Association of REALTORS® (2017-2018 and again 2020-21).  Kyle is a member of the Institute of Luxury Marketing and also owns a local coffee shop that our clients love to visit!

STRIP CHECK: THE BOULEVARD WON’T BE BACK FULLY FOR A WHILE, BUT LAS VEGAS’ HEARTBEAT IS SHOWING SIGNS OF LIFE

Inviting Everyone to Register at Inman Connect Now

Inviting Everyone to Register at Inman Connect Now