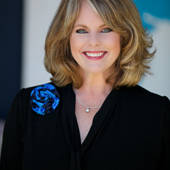 Featured on HGTV's New Show! How Close Can I Beach

Get to know Tiffany Torgan

SEE TIFFANY TORGAN ON HGTV's new show "How Close Can I Beach?" premiering in APRIL 2018!

Tiffany Torgan has specialized in residential real estate sales in La Jolla and the San Diego Coastal Communities since 2000. She started selling residential real estate by selling new construction with Centex Homes in 1992 in her hometown of Dallas, Texas. Tiffany has been a highly successful real estate professional for over 25 years and during that time, she has developed extensive knowledge and expertise in ALL aspects of the real estate industry.

Originally from Dallas, TX, Tiffany graduated with a B.S. in Economics from Texas A&M University. She began her distinguished real estate career by selling homes for Centex Corporation, one of the largest builders in the country.

Combining her exhaustive industry knowledge and exceptional sales skills, Tiffany was Centex's top-producing on-site selling agent for seven consecutive years before becoming an independent REALTOR with RE/MAX Plano. Within one year of joining RE/MAX, she was responsible for amassing $25 million with 100 real estate transactions in one year from her highly successful website-based business she established. At the time, she was considered a virtual pioneer in using the Internet to help clients relocate in and out of Dallas from all over the world.

In 1999, Tiffany relocated to San Diego, CA and brought the Internet-based business with her to the San Diego market. There, she started a new business, Relo San Diego Real Estate, Inc., launched another new real estate website and began selling homes all over San Diego County. Over the course of her career, Tiffany has closed deals on more than 1,200 homes and has worked closely with hundreds of families, diligently assisting them with every last detail of their transactions. An experienced and effective marketer, Tiffany has significantly raised her professional profile by appearing as San Diego's real estate expert on HGTV, Home & Garden TV's, "What you get for the Money" program in 2006. She has also been featured and interviewed on local market conditions on several local news channels such as San Diego's KUSI Channel 9, KGTV Channel 10, and KFMB Channel 8.

Tiffany's newest HGTV show is now on the air and is called "How Close Can I Beach?". The episode she is featured on is called "Opening Shop in Ocean Beach" starting to air on April 8th and 9th, 2018.

Tiffany Torgan is the Business Owner of Harcourts Prestige Properties of La Jolla and also specializes in Harcourts Auction Luxury Sales. The Harcourts La Jolla office is located in the heart of La Jolla Village in La Jolla, CA. Harcourts is the 6th largest real estate company in the world and International originally out of New Zealand and headquartered in Brisbane, Australia.

bookmark_borderbookmark
Home Buying – over 2 years ago

bookmark_borderbookmark
Just for Fun – over 2 years ago

bookmark_borderbookmark
Home Improvement – over 2 years ago

How To Raise Your Home Value Without Spending Too Much Money

WATCH Tiffany Torgan on HGTV "How Close Can I Beach?" Premiering March 2018!