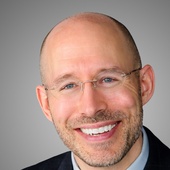 Get to know Scott Allen

Scott has been selling real estate in the Waukesha area since 1993.  After achieving a degree of sales success and earning several awards he pursued and received his brokers license in 1998.  In 2000 Scott partnered with a local builder and formed a new real estate company selling new construction homes and resale real estate.

In 2005 Scott bought out his business partner and sold the real estate company.  He then became the sales manager for the Waukesha office of the new company.  In Spring of 2008 Scott closed the home building business due to market conditions.

Scott is a strong advocate for education and training.  In addition to providing sales training each week at the office sales meeting he encourages his agents to pursue outside education and attend industry conventions.  Scott authored the book, Success Guide for Real Estate Sales Thriving in Tough Times, which was published in 2011.  Scott speaks on sales skills and on life improvement.

Scott specializes in coaching real estate agents to be their best.  Scott is very comfortable in front of audiences large or small and gives effective sales presentations.