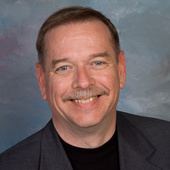 In Beaufort real estate since 1987, I have weathered all kinds of markets, and I can successfully guide you through this one. Call me!

Get to know Scott Bingham

Scott Bingham and the BeaufortHomeTeam has been a consistant top producer since his entry in the Beaufort real estate market over 20 years ago.  A former Marine, Scott credits his emphasis on excellence for his success in all kinds of markets.  Scott specializes in residential resale and investment property throughout the Northern Beaufort county area including Beaufort, Port Royal, Lady's Island, Saint Helena Island, Seabrook, and Burton.

An active participant in the Beaufort County Association of Realtors, Scott is currently the RPAC chairman for BCAR.  He has served on the Board of Directors and as the Greivence committee chariman and on the Professional Standards committee.  He also serves on the board of directors for Beaufort Women's Center.

Scott has been married to his one and only love since 1984 and has three children that are currently homeschooled at "The Bingham Academy of Educational Excellence and Character Development".

What a Difference a Year Makes! Real Estate Trends in Beaufort SC

His status as a retired Marine gives him insight to the stresses of transfering within the Corps, and has helped relocate Marines from Lance Corprals to Colonels and everything in between.