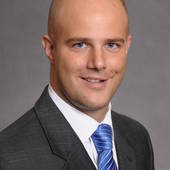 Mortgage news, advice and updates for the homeowners and real estate agents in New Jersey regarding residential home financing and home sales / marketing.

Get to know Steven Odierno

Along with his father, Don, Steve is part of Team Odierno.  The two enjoy working with first time homebuyers in New Jersey as well as the agents who assist them.

In September of 1999, Steve entered the mortgage industry and began working in a management position for a Federal Housing Administration Direct Endorsed Lender. There, he not only learned the nuances of loan processing and underwriting, but also best-practices for originating and closing mortgage loans.In 2002, Steve left that company took a series of Branch Management positions for two nationwide mortgage companies.

In August of 2003, Steve began another stage of his career, this time as an entrepreneur, when he founded Domus Mortgage Services, Inc. With the assistance, guidance, and support of his father, the company grew by 2006 into one of the most successful mortgage brokerage firms in New York.

By the time he was 31, his company had successfully arranged in excess of $400,000,000 in residential mortgage loans. For his part, he has participated in more than 2,000 mortgage transactions, become a Real Estate Agent, successfully invested in a number of residential and commercial properties, and acquired businesses.

Are You a Traditionalist?

How Can You Be Pro-Life & Pro-War?

Am I the Village Idiot?

This Is Nuckin' Futs: A Mortgage Broker's Rant