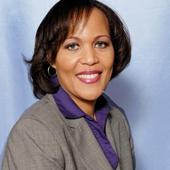 By Stacey Williams, Experienced Metro Atlanta Real Estate Agent
Fayette County, Georgia – Property Tax Information Metro Atlanta is comprised of many counties. Each county has their own tax authority. Included here is basic Fayette County, Georgia – Property Tax Information. You may also access more detailed information under FAQs (Frequently Asked Questions).   v  Tax Commissioner: George Wingo, is the current Fayette County Tax Commissioner.   v  When are Property Taxes Due?: See when your property taxes are due.   v  Search for a Tax Bill: Locate a property tax bill.   v  Pay your Taxes with a Credit/Debit Card: Once you locate your property tax bill you may pay it using a credit or debit card.   v  Qualifications for Homestead Exemption/How to Apply: Determine if and when you qualify for homestead exemption.   v  How are Millage Rates set?/What'... 05/24/2014
Comments 2

By Stacey Williams, Experienced Metro Atlanta Real Estate Agent
Looking for a great way for your family to enjoy the lovely spring weather in metro Atlanta? How about an Easter egg hunt? Sponsored by Fayetteville First United Methodist Church in Fayetteville, GA  this egg hunt will be held on Sunday, April 13, 2014 from 3pm to 5pm. The annual FFUMC Easter egg hunt is for children from birth to 5th grade. There will also be a bouncy house to enjoy! The egg hunts will take place in the church’s playgrounds. Fayetteville First United Methodist Church  175 E. Lanier Avenue Fayetteville, GA 30214 (770)461-4313     If you are interested in purchasing a home in the metro Atlanta area and need a real estate professional to guide you through the process please contact me via email at Stacey@MetroATLRealEstate.com or call me at (678)523-1621. You may also vis... 04/11/2014
Comments 2

By Elva Branson-Lee, CDPE - Atlanta Real Estate & Short Sale Agent
(Solid Source Realty GA)
Fayette County GA Real Estate Market Trends in December 2013 The Georgia MLS data for Fayette County revealed more good news for Fayette home owners last month. Based on those numbers, the real estate market is holding it's ground and inching forward, and recovery seems to be holding firm.   Fayette County home sales prices trend upward   Fayette County continued to enjoy a Normal Sellers Market with incremental prices gains in December 2013. The end of the year left the county with about 4 months of inventory. However the lower prices points showed good sales with the lease inventory available, based on demand and the number of homes for sale under $125K. Fayette County GA homes sales by zipcodes   The chart below shows December homes sales data drawn from the Georgia MLS for each Zip ... 01/15/2014
Comments 0

By Elva Branson-Lee, CDPE - Atlanta Real Estate & Short Sale Agent
(Solid Source Realty GA)
4th of July fireworks at Fun Junction in Fayetteville GA? I'm a little disappointed. Last summer I watched the fireworks at DixieLand Fun Park (now Fun Junction). This venue was dear to my heart, partially because it was so near to my house and allowed me to enjoy the fun without having to fight  traffic. I don't know if I will have the pleasure this year, though. The park has a new name and new management now. 4th of July at DixieLand Fun Park in the past was an annual opportunity for good, clean family fun (no alcohol allowed) mixed with community involvement and the joy of giving. The price of admission was canned goods to be distributed to local food banks. Everyone felt good about the festivity and the philanthropy -- it mirrored the spirit of the best in American nationalism. And ... 06/28/2013
Comments 0

By Elva Branson-Lee, CDPE - Atlanta Real Estate & Short Sale Agent
(Solid Source Realty GA)
Fayetteville, GA real estate sales show signs of stabilization ...in zip code 30215, with a slight improvement for February 2013 over the same month one year ago.   New listings were up  only 16% ...even though the total number of active homes on the market in February was lower than the previous year, yet more than double the number of homes actually sold this year than last -- 39 homes sold in 2013, compared to 25 last Febraury. That's an increase of roughtly 56%! Further, the total volume of Fayettevill Ga real estate sales ...was a full 81% higher last month than the total volume generated in February 2012. The average number of days spent on the market  went down 13% from 150  in 2012 to 130 in 2013 as buyers became more agressive in snapping up good inventory. Another good sign fo... 03/06/2013
Comments 0