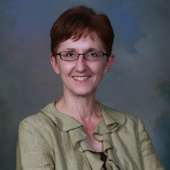 Clients are always asking: What's that mountain with the weird shape?

By Ellen Peric
(Carolina Farms & Homes)
Pilot Mountain is a part of the Sauratown Mountains, an ancient range named after the Saura Indians. Its knob, called Big Pinnacle, is part of a monadnock (an isolated mountain or hill formed by erosion). The knob is made of hard quartzite and the mountain around it is weathering away faster than the knob. Geologists believe the Sauratown Mountains were once part of the shores of an ancient ocean. Beach sands were made up of almost pure quartz grains. Through a series of continental collisions begininning over 460 million years ago, heat and pressure changed the sand into hard rock. Thin layers of quartzite, inclined at different angles, can be seen today at the base of the knob. Other metamorphic rock, including mica schist, can be found on Pilot Mountain. Some of the rock is so old t... 01/14/2011
Comments 0

By Ellen Peric
(Carolina Farms & Homes)
Yes, i have to say i do remember when mules pulled sleds through the tobacco fields.... even when we had tractors, mules were still used when it was too wet to put a tractor in the fields...they seemed so huge when i was small! 09/09/2010
Comments 1
Explore Pilot Mountain, NC
Pilot Mountain, NC Real Estate Professionals