By Raymond E. Camp, Licensed Real Estate Salesperson Greater Rochester
You are cordially invited to an open house at 137 Heberton Road, Irondequoit, New York 14622 this coming Sunday 1/22/2017 from 1pm to 3pm.A well maintained three bedroom two bath ranch also has newer windows, boiler, water heater, roof and a possibilty of a teen suite in a walk out basement. A double wide paved driveway for plenty of off street parking.Close to Wegmans and Rochester General as well as public transportation.  01/19/2017
Comments 3

By Raymond E. Camp, Licensed Real Estate Salesperson Greater Rochester
The bridge at the mouth of Irondequoit Bay and Lake Ontario opened for boater's today and closed for traffic to the northern part of Rochester. While this is not a bad thing it adds quite a few miles to show properties in the nortern part of Irondequoit, Rochester and points west.  http://www.democratandchronicle.com/story/news/2016/03/31/irondequoit-bay-outlet-bridge-close/82476330/ 04/01/2016
Comments 20

This event Has Been Cancelled 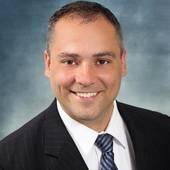 By Mike Liess
(Coldwell Banker Custom Realty)
The Irondequoit Real Estate Market is a hot market for first time home buyers. The Irondequoit real estate market continues to be a strong market. With the relatively low price of single family homes and a shortage in quality listings under $125,000, this is a great time for seller looking to sell and capitalize on real estate in Irondequoit. When listing a home for sale there are key factors. First the house must be price according to market and market conditions. Second your house MUST show well to the public. For more information on Irondequoit Real Estate or information on buying or selling your home please visit www.MikeLiess.com or www.FlowerCityRealtor.com or call 585-750-8337, Homes@MikeLiess.com   08/15/2009
Comments 1 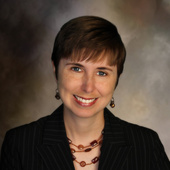 These Boots are Made for... Trudging??

By Kristen Wahl, CBR
(Re/Max Plus)
I have a confession to make... I'm vain. And recently, my vanity has been resulting in my having soggy, frozen feet. But not anymore. Lately, we've been having unseasonably cold weather in the Rochester area. It hasn't gotten out of the teens in longer than I'd like to think about. As if that isn't bad enough, it's also snowed 59 out of the past 66 days. That's all but 7 days in the past 2 months. Crazy. Until yesterday, the only boots I owned were huge, clunky, ugly black monstrosities. I've been resisting wearing them to anything "professional" out of a sense of embarrassment. But I finally reached my breaking point. On Sunday, I listed a great house in Irondequoit. But, for those of you who know the Rochester area, Irondequoit is up near the lake and gets tons of snow. And, silly me,... 01/21/2009
Comments 5
Explore Irondequoit, NY
Irondequoit, NY Real Estate Professionals