Real Estate Agent
Cheryl Eskridge, ABR, CRS GRI, PMN, Broker Owner
Come to me for all your residential real estate needs. Wimberley, TX is the gem in Hill Country with many amenities for you to enjoy. Beautiful place! I can also help you in the Austin area.
Cell: 512-749-6833
More Info

By Ben Kinney, We do real estate:Tech, Training, Sales, Brokerage
(Ben Kinney Team)
1550 S Rainbow Ranch RD, Wimberley, TX 78676 This fantastic 2500 sqft home with three beds and three baths is nestled on 11+ acres and offers you privacy in the beautiful hill country, yet it is close enough to all your essential amenities. Just 9 miles to the heart of Wimberley, 17 miles to Kyle & 12 miles to Dripping Springs. This home is a nature lovers' dream, Hike your property, visit Jacobs well for a swim or relax for the day with a picnic at the beautiful Blue Hole Regional Park. Land can be divided into smaller lots. Most livestock allowed.Andrea Atkins512-745-5152The Ben Kinney Team / Keller Williams 05/10/2020
Comments 0 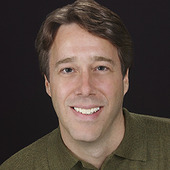 By George Kiefer, Broker-Owner, GRI, CDPE, CLHMS in Austin Texas
(The Kiefer Group)
Wimberley Texas - Not in MLS. Bank Owned Foreclosure that backs to the golf course with a $135,000 minimum bank bid. Large 0.2792-Acre Lot. 3 bedrooms, 2 baths, and an oversized  2 car garage. Approximately 20 miles southwest of Austin Texas. Sold As-Is. Comparable properties with similar lots and living square footage can sell as high as $290,000 in this area. 1-Story home with 1,602 square feet of living space. Sold As-Is. Buyer is responsible to verify all information. This is a Bank-Owned REO property. The bank has no knowledge of the condition of the property. Owned by Deutsche Bank. Backs to Quicksand Woodcreek Golf Course in Wimberley Texas. Not in MLS. We have a comprehensive Realist property report for this home which includes the CoreLogic Automated Valuation. We are happy to ... 05/01/2019
Comments 1

By Dorie Dillard Austin TX, NW Austin ~ Canyon Creek and Spicewood/Balcones
(Coldwell Banker Realty ~ 512.750.6899)
It's amazing the zig zaging across the world and our country that restaurant owners make to flearn and find the right spot to land to open their dream eatery. If you want to be inspired and are in the mood for some nostalgic then take a lovely ride through our Texas Hill Country, head out to Wimberley. You'll love this restaurant located in a peaceful setting that is a hill country favorite.  THE LEANING PEAR                         https://www.leaningpear.com/Owners Rachel and Matthew Buchanan are native Texans who have spent time in Perugia, Italy, discovering the tastes and techniques of Italian food.  Following that they moved to Hyde Park, NY where Michael pursued a degree at the renowned Culinary Institute of America; and eventually they found themselves in the Texas Hill Country.... 02/02/2018
Comments 13

By Sky Realty
(Sky Realty)
Find out more about 215 Leveritts Loop and other Wimberley Area Homes or call 512-342-8744 for more info.NEIGHBORHOOD: Crown EstatesSTORIES: 1BEDROOMS: 3BATHS: 2SQUARE FEET: 1272 (per tax record)YEAR BUILT: 1987GARAGE SPACES: 1 This charming Wimberley Hill country home with 3 bedrooms, 2 bathrooms with a 1 car garage/workshop on ½ acre is located in the Crown Estates subdivision. Wimberley is located in central Hays County between Austin and San Antonio, only 17 miles from San Marcos, 170 miles from Houston and 200 miles from Dallas/Fort Worth- Drives include scenic RR 12 from San Marcos through Wimberley to Dripping Springs – The Devils backbone on Hwy 32 from Wimberley to Blanco and RM 2325 from Wimberley to Blanco.  Many Artist, writers and musicians have called this area home for y... 01/23/2015
Comments 0 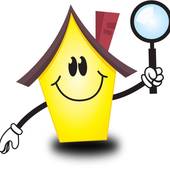 By Sky Realty
(Sky Realty)
The Real Estate Market in the Wimberley area is evolving. The market update video for the month of July will show you the numbers and statistics for Wimberley. Be sure to check out our YouTube channel or visit our website to see more market update videos for Central Texas areas and to get more information about Wimberley. Stats for Sold Homes in Wimberley 08/13/2013
Comments 1

By Sky Realty
(Sky Realty)
The progression of the Real Estate Market in Wimberley Texas is shifting. This monthly market update video will show you the June 2013 numbers for Wimberley. You can view more updates with our monthly market videos for other areas in Central Texas. Check out our YouTube channel or visit our website to get more information about Wimberley and surrounding Central Texas areas. Stats for Sold Homes in Wimberley 07/15/2013
Comments 0

By Sky Realty
(Sky Realty)
The Wimberley Texas Real Estate Market is going through some changes. Here are the numbers for March 2013. We offer market updates such as this one monthly for various areas for central Texas. Visit our YouTube channel or visit our website to learn more about the Wimberley area as well as the rest of Central Texas. Stats for Sold Homes in Wimberley 05/05/2013
Comments 0

By Sky Realty
(Sky Realty)
Wimberley Real Estate Market Feb 2013. We offer monthly market updates for various areas for central Texas. Be sure to visit our YouTube channel the #1 Austin real estate video channel. Or visit our website to learn more about the Wimberley area as well as the rest of Central Texas. Wimberley Texas Real Estate 03/17/2013
Comments 0

By Sky Realty
(Sky Realty)
Check out today's Wimberley real estate update for Jan 2013. Be sure to come back next month, this Wimberley market video will be updated monthly.   http://www.skyrealtyaustin.com/wimberley/ 02/27/2013
Comments 0 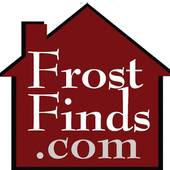 By Jeremy K. Frost, Associate Broker, ABR,CNE,CRS,ePro,PSA,RENE,SRS
(Keller Williams Realty)
This is a nice Triplex on acreage that brings a good return on Investment! Located between Wimberley and Dripping Springs, which makes for an easy commute to Austin. Complex is in good condition. Recent exterior paint, both outside units are 2/1 and the center unit is a 1/1. No problems in keeping these units rented. 20% owner financing with a 5 year balloon.  Click Here For Full Details Listing Courtesy of Jeremy K. Frost, Keller Williams Realty Each Keller Williams Office is Independently Owned & Operated. 321 Eagles Nest  Wimberley, TX. 78666  (google map) (yahoo map) For this blog and many more click here:  Wimberley Texas Investment Property 05/25/2011
Comments 0 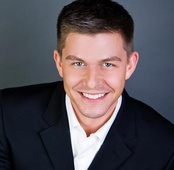 By Bradley Pounds, (512) 736-3353
(Watters International Realty, Broker Lic #606049)
The laid back atmosphere and relaxing Blanco River lifestyle make Wimberley a natural choice for raising kids or for retirement. Known for its swimming holes and unique shops, Wimberley makes a great weekend getaway as well. The close-knit community is growing quickly yet retaining its one-of-a-kind flavor that is the source of its reputation as a must-see Texas getaway destination. Here are a few choice homes for sale in Wimberley. Follow the links at the bottom of the page to request more information about these fantastic home sale options. 12/26/2010
Comments 0

The Town of Wimberley

By Ki Gray, Austin Real Estate
Head west, between Austin and San Marcos, across the seemingly endless Texas Hill Country vistas dotted by quaint towns and you will find the old mill town of Wimberley. The town was first settled in the 1840s, after Texas became a state. Mills powered by Cypress Creek kept the town growing, and changing names, for decades. Each new mill owner gave the settlement a new name, until it officially became Wimberley in 1880 after then mill owner Pleasant Wimberley. Perhaps the best known spot in Wimberley is Blue Hole. Shaded by Cypress trees, this spring-fed swimming hole is always inviting. Purchased by the city of Wimberley in 2005 with the help of the Texas Department of Wildlife and other public funding sources, Blue Hole will be enjoyed for generations to come. The grassy banks that su... 08/06/2010
Comments 1

By Aaron Vaughn, REALTOR© 830-358-0455, My knowledge is your power | eXp Realty
(eXp Realty)
Wimberley TX — General Information — History — Hill Country TX — 03/28/2010 Wimberley TX was founded in the mid 1800s around its springs, saw and grist mills, and wonderful, rustic and rolling hillsides. When many people think about classic Hill Country TX living, they think of what Wimberley TX offers. This beautiful community rests on the banks of Cypress Creek and the Blanco River. There are many hiking trails and camping sites that have access to the river. The outdoor recreational activities are almost limitless, and the community is also home to many artists. Locally made arts and crafts are available at many of the fun shops in downtown Wimberley TX. I urge you to take a step back in time and experience the many wonders of what Wimberley TX has to offer. Many of the town's origin... 03/28/2010
Comments 0