Real Estate Agent
Kathleen Hoisington
Kathy Hoisington, Principal Broker/Owner of Hoisington Realty has been with the company since its founding in 1969. Her focus is Realtor education and service to her clients and her customers.
Cell: (802) 379-1656
Office: 802(442) 833-7107
More Info 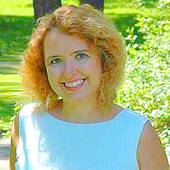 By Laura Cerrano, Certified Feng Shui Expert, Speaker & Researcher
(Feng Shui Manhattan Long Island)
Explore Manchester Vermont with Miss Feng Shui of New York City We had the pleasure of visiting Vermont this fall. The timing to see peak season of changing leafs was missed just a bit, yet non the less, it was a great visit. During the fast trip, we were able to taste some fresh home cooked turkey chilly, hike wonderful mountain ranges, enjoy fresh clean air, meet and greet with very friendly residents, taste delicious Vermont maple syrup and pancakes and traditional New England plates of food. I wanted to also highlight the location we stayed at called The Equinox. This location was a great choice for it offered the comforts of home and was located a minute away from town. This location also has a wealth of history dating back to the civil war and was also a stop for the Underground R... 10/23/2014
Comments 7

Komen Vermont Race for the Cure being held in Manchester Vermont

By Dale Baker, New Hampshire Relocation Real Estate Information
(Baker Energy Audits and Commercial Properties Inspections)
Komen Vermont Race for the Cure being held in Manchester Vermont,folks will you be taking part, attending or at the very least giving a Donation to show your support to this outstanding event being held?   Folks I'm sure you know that running or walking can lead to blisters, sore muscles, but by doing so sure can also help with finding a cure for Breast Cancer! This Saturday the 21st day of September 2013 a Komen Vermont Race event is being held at Hildene Meadows in Manchester, Vermont. There will be a 5K Run/Walk, there has been a 10 K Run has been added to the event this year and there will be a Kids Fun Run.   Whether you run, walk or stroll, you'll discover with every step you take, that you have the power to change the World! Join the Susan G Komen Vermont Race for the Cure and th... 09/20/2013
Comments 0 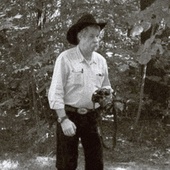 By Baker Home Inspection and Commercial Properties Inspections, Home and Commercial Properties Inspections Vermont
(Baker Residential and Commercial Properties Inspections)
The Molly Stark Trall Route 9 in Southern Vermont, heres a interesting peace of Vermont History, Route 9 which is the only year-round route across the Southern part of the State of Vermont, should have been named after a New Hampshire woman. Reckon its actually even more ironic that it did not get its name from the Heroic Leader of the Battle of Bennington, but instead for the wife he rode home to after the battle. On the face of a simple stone in the cemetery behind the white church in West Bennington, you can find a carved inscription of General Stark's famous words, which he said just before the decisive battle. The Molly Stark Trall Route 9 in Southern Vermont, Boys, yonder are the redcoats, and they are ours, or this night Molly Stark sleeps a widow. Have a good one Dale in Vermont... 09/09/2010
Comments 5

By Ginny Gorman, Homes for Sale in Southern RI and beyond
(RI Real Estate Services ~ 401-529-7849~ RI Waterfront Real Estate)
180 River Rd, Arlington, VT 05250 in the heart of Bennington County and perched on the river bank of the Battenkill River.  What an idyllic place to retire, summer, live year round or have as a vacation home .  My neighbors Frank & Mariel had this as their main home for many years but do want to part with it at $222,900.  It's a 1927 home on 3/4 acre with 3 bedrooms and 2 baths.  It has 1460 sq.ft. living area with kitchen, dining room and cozy fireplaced living room.  A very period house for its surroundings.  Huge deck looks out on the Battenkill River with a great view of the mountains to enjoy your morning coffee or your evening wind down .  A wonderful barn/outbuilding is also on the property.  Obviously, the Bennington county is the southern part of Vermont and is easy access from... 05/22/2010
Comments 4

Rent to own! 3 br/2 ba home in beautiful Readsboro, VT!

By Peter Olsen, Rent To Own Homes, LLC
(Rent To Own Homes, LLC)
Rent To Own!  50% rent credit!  3 bedroom / 2 bath 1600 sq foot pine log home in beautiful Readsboro, VT.  The home sits on a very private 1.1 acre private lot with incredible mountain views.  The house has cathedral ceilings with large glass pane windows.  There is a wrap around farmers porch and also an artesian well!  There is tongue and groove throughout the house with incredible detail.  A spacious 1 car garage along with a walkout basement complete this pine log home!  The home has direct aaccess to snowmobile trails and is only 18 minutes from Mount Snow Resort!!!  There is also lots of shopping in the area.  Rent is $850/mo and first months rent and low down required to move in. Please contact with any questions at http://www.50statesrent2own.com. Until next time.... Pete Olsen... 03/30/2009
Comments 0
Explore Bennington County, VT
View all cities
Bennington County, VT Real Estate Professionals