Do the old-school real estate marketing methods still work? Is a postcard campaign worth the money? How about cold calling or buying real estate leads?

Those are good questions and fortunately you've come to the right place for answers. ActiveRain's 300,00+ real estate industry professional chat about these topics and many more on a daily basis right here on the following pages.

If you're looking for more information on how to use social media and blogging to promote your business, you'll find it here. Lead generation and lead conversion ideas – you'll find those here too.

Everything a real estate professionals needs to know about marketing his or her business can be found in this section of every agent's favorite social networking site, ActiveRain. 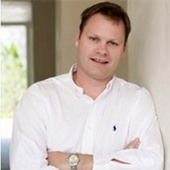 By John Moran, For Your Place At The Beach
(Keller Williams Realty's At The Beach Team)
Listing Details:909 Santa Rosa Boulevard 126 Fort Walton Beach FL 32548MLS number: 908684Price: $449,900Beds: 2Baths: 1Sq feet: 1,035 Call Gil Erikson 850-714-2122 to see if this property is still available. This lovely condo is your escape to the fabulous beach lifestyle. Remodeled with beautiful granite kitchen counters and new cabinets. Tile throughout. New double sink vanity in the bathroom. Heavy duty trek high top table and chairs on the balcony where you can take in the water view. Well maintained and stylish decor. Great amenities including pools, fitness room, beach access, and tennis. Many fun restaurants and attractions in the area. Cash $$$$ in on rentals and make family vacation memories. Buyer to verify all information.  Click here to see additional photos and details of ... 12/08/2022
Comments 0

By John Moran, For Your Place At The Beach
(Keller Williams Realty's At The Beach Team)
Listing Details: 14825 FRONT BEACH RD 2201 Panama City Beach, FL 32413MLS number: 727728Price: $799,900Beds: 3Baths: 3Sq feet: 1,557 Call John B Skinner Jr. (850) 543-5763 to see if this property is still available.Absolutely fantastic, premier condo in the coveted Sunrise Beach development. Eastern facing corner unit! This exceptional, 1,577s.ft. condo lives like a house but comes with all the benefits of owning a condo. Conveys with luxurious beach inspired furnishings and artwork that welcome you to lie back and relax with views of the beach and ocean. The renovated kitchen features upgrades such as raised panel cabinets, solid granite countertops, custom backsplash, and custom tile work around the kitchen island. Upgraded with ceramic tile throughout and custom cabinets and counter... 12/08/2022
Comments 0

New Tips for the New Year

By Peter Mohylsky
(PMI. Destin)
A piece of real estate is like a snowflake- no two are alike!So let's keep the season (and your home) warm and bright with these tips for selling your home this winter.  I realize that we are in the final count down for Christmas and the New Year.  but this is no time to put your home purchase plans on hold. The market is sleeping but you don't need to got to bed yet.   #realestate #realestateagent #listreports #buying #selling #realestateexpert #homeowner #dreamhome #homeownership #homebuying #homesearch #buyingahome #financehub #snowflake #winter #sellinginwinter 12/08/2022
Comments 3 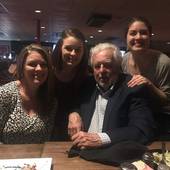 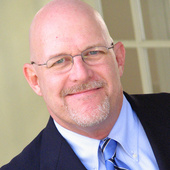 By R. Michael Brown, Communication that increases sales!
(R. Michael Brown LLC Digital Marketing & Public Relations)
When so many are trying to make viral posts or become Web or YouTube stars with content marketing, the fundamentals of headline writing have been lost in the rush to be (in)famous. Here are five essentials that will help you create better headlines:1. First and foremost, try to get self-interest into every headline you write. Not YOUR self-interest, the audience’s. Make your headline suggest to the readers that here is something they want. This rule is so fundamental that it would seem obvious. Yet the rule is violated every day by scores of writers.2. If you have news, such as a new product, or a new use for an old product, be sure to get that news into your headline in a big way.3. Avoid headlines that merely provoke curiosity. Curiosity combined with news or self-interest is an excel... 12/07/2022
Comments 3

Texting Is Alive and Well at 30

By Stephen Fells, Marketing, Technology, Fun and News!
(AgencyLogic)
Source: Statista 30 years ago, on December 3, 1992, the English software engineer Neil Papworth used his computer to send a message to Vodafone director Richard Jarvis. The message simply read "Merry Christmas" but it became known as the first SMS message ever sent, because Jarvis received the slightly premature Christmas greetings on his clunky Orbitel 901 cell phone. He never replied. It took a while for text messages to really take off, but in the early 2000s texting really hit the mainstream and became a very lucrative side business for mobile carriers around the world. At the time, operators typically charged a fee of $0.10 to $0.20 per SMS, which, considering the 160 character limit, quickly piled up for more chatty users. As our chart illustrates, text messaging (including MMS) i... 12/07/2022
Comments 1

By Peter Mohylsky
(PMI. Destin)
If you're still skating on thin ice when it comes to thinking about selling your home. It really is the best time of the year.  For more than the reasons listed above.   I can help get you into your dream home for the holidays! Remember, it may even be the best time to list (don't worry – I'll check it twice)! #realestate #realestateagent #listreports #buying #selling #realestateexpert #homeowner #dreamhome #homeownership #homebuying #homesearch #buyingahome #financehub #homefortheholidays #reasonstolist #sellinginwinter 12/07/2022
Comments 1

By Peter Mohylsky
(PMI. Destin)
Surprises can be fun, but buying a home without a home inspection isn’t one of them.I recommend home inspections when purchasing property.  I even recommend a home inspection on a new home.  You might get some pushback on this one but it makes sense to check things out.  i have had some interesting experiences in this area in the past. Call me and we can chat.  Now that the market is cooling, this isn’t a contingency buyers are expected to waive.#thehelpfulagent #home #houseexpert #house #listreports #househunting #homeowners #happyhomeowners #themoreyouknow #icanhelp #realestate #realestateagent #realtor 12/07/2022
Comments 2 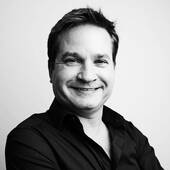 By Josh Stein, Miami Luxury Real Estate Agent
(Josh Stein Realtor)
A penthouse at a luxury condo development on Fisher Island asks for a record-breaking $90 million. This will break the countywide price per square foot record currently held by a $60 million Miami Beach condo purchased by a billionaire hedge fund manager in 2015.Related Group, the luxury developer behind the Fisher Island condo, is asking for a starting price of $60 million for the penthouse. This is a record price for the area, including Miami Beach and other nearby neighborhoods.The developer then increased the price to $90 million for the penthouse after crunching the numbers and determining a price that would meet the demand for luxury living on Fisher Island.The 90 million asking price will definitely transform the South Florida real estate industry. It will bring attention to Fish... 12/07/2022
Comments 3 By Lilas "Lela" Ashkarian, Ashkarian PA, ABR, CRS, E-PRO, GRI,SFR
(Coldwell Banker Schmitt Real Estate)
I received this from my financial advisor/wealth manager,This was written in the 4th quarter of 2022. The Fed has already done 6 rate hikes in 2022. In March a 0.25% hike, a 50-basis point rate hike in May, and there were four 75-basis point rate hikes in June, July, September, and November. Another hike in December may be possible. We don’t know how much they might raise rates or when they might reverse course and cut interest rates.We have currently 1439 listings keys wide of that number 346 listings are between 1,4M- and up. Below are the rates that I received from one of our Awesome loan officers... How will you know when to Purchase your vacation home in the Keys, I would love to chat with you at 305-395-0814 Lela Follow this link to see the page: https://www.flexmls.com/link.html?... 12/07/2022
Comments 0 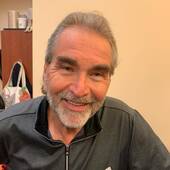 TikTok Aging Up, What Does That Mean?

By Dick Betts, REALTOR® The Villages, Florida
(TOUCHSTONE REAL ESTATE)
Think back to the start of Facebook, a bunch of college kids at Harvard in 2004 started Facebook.  Look where it is today, 2.9 million users which includes over 260 million 55+ that explains aging up.  Instagram was founded in 2010 off of an idea a Stanford grad had for sharing pictures of expensive whiskey and bourbon today over 165 million people in the U.S are users with 9 million 55+, aging up!Never say never, I look back at my 22 years of speaking and teaching and remember folks saying in 2001, I’ll never use email, 2004, I’ll never text, 2008, I’ll never get into social media and my favorite which kept me busy for many years, I will never own a smartphone because I love my Franklin Planner!TikTok is the one of the newer kids on the block first offered in the U.S. in 2016 but has a... 12/07/2022
Comments 17 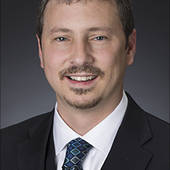 Check out this recently renovated home located in the highly...

By Peter Mohylsky
(PMI. Destin)
I wanna know, when it comes to dressing up your home for the holiday season, what style do you go with?  I guess the real question is are you decorating your house for the season.  Inside or out or both?I have started with the inside but I think this will be a season of minimal decorations since we will be traveling thru the season.  What are your thoughts?Leave me a comment with your answer!#thehelpfulagent #home #houseexpert #house #listreports #homeowner #realestate #realestateagent #realtor #holidays #homestyle #homedecor #holidayspirit #holidaydecor #happyholidays #happyhome #happyhomeowners 12/06/2022
Comments 2 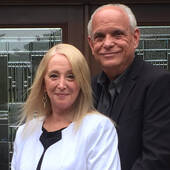 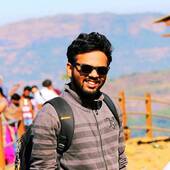 By Jigar Shah, Product Manager (Prop-Tech) at Houzeo Corp.
(Houzeo Corp.)
You must have heard about the importance of home appraisals at the time of buying and selling the home. This is an assessment done by a professional and licensed appraiser to make the concerned aware of the price or worth of the property. A home appraisal is considered a reliable and trusted method to know the valuation of a home. It is done by a neutral or independent party to suggest a fair valuation without any biases.Whether it is a tract of land or a home or a skyscraper, the appraisal is important to protect buyers as well as sellers and lending institutions.Let us understand everything you need to know about appraisals, which are a significant part of buying and selling a house process.What is a home appraisal?It is essential to know about what is a home appraisal, information ab... 12/05/2022
Comments 2

Is It a Smart Move to Invest in a House That Needs Improvement? ...Research finds that It is Not True!

By Scott Garrison, Top ORLANDO AREA Realtor…this Realtor WORKS!
(Re/Max Town & Country Realty)
The disadvantage of purchasing a home that needs some work is that most purchasers wind up spending more money than they had anticipated. The advantage is that the owners of fixer-uppers rarely have second thoughts about the completed project. Some prospective homeowners are drawn to the lower purchase price of a property that needs some work in addition to the increased resale value that may be achieved via renovating. For instance, the average cost of a property that needs some work on the television show "Fixer Upper," which is set in Waco, Texas, is $178,449, but its average worth once it has been resold is $297,488. However, according to a recent study that was conducted by the home improvement website www.Porch.com and was based on a survey of more than 1,000 homeowners, the major... 12/05/2022
Comments 1

How To Increase My Albemarle, NC Home Value

By Michael St. Germain
(The St. Germain Group, LLC brokered by eXp Realty, LLC)
Albemarle, NC, homeowners generally want to boost their home's worth. The changing market makes it hard to keep up. To raise your home's value, you'll want to make upgrades that buyers will find appealing. This could include anything from renovating the kitchen to adding a fresh coat of paint. By making your home more attractive to potential buyers, you can increase its value and hopefully get a better return on your investment.What are the other effective ways to bump your home's worth? Here are tips that will help you get started.How to Increase the Value of Your HomeBelow are some ways to help you increase the value of your home.Make Improvements to Your Home's ExteriorThe façade of a home is as essential as the interior. Potential buyers will examine your home's façade.There are sev... 12/05/2022
Comments 1
<< Previous 1 2 3 4 5 6 7 8 Next >>
Back to Top