2 Comments
I have enough construction experience to do it myself. When you are buying a new home you are, as the owl in Bambi says, "twitter-pated".  You have searched high and low for the perfect house.  It is easy to not look for the flaws with an objective mind.  The lawyer who represents himself has a f...

How big is your vehicle?

3 Comments
This Buckeye house, that I drew the plans for, is being built by Alex Carroll of Designer's Choice Custom Homes.  It makes my 1/2 ton long bed truck look like a tonka toy.  Click here to see more photos.

How straight can you cut a door?

0 Comments
I was inspecting a home in the Westpark subdivision in Buckeye today.  A bedroom door wouldn't shut easily.  I went to the outside of the door to investigate the cause.  It turns out the door had been cut down to fit the opening.  The cut looks like they were following a sidewinder.             T...

Copper thieves in Phoenix are at it again

4 Comments
I was inspecting a home in Phoenix yesterday.  When i turned the water main on I heard some water running.  At first i thought it was a faucet left on.  I quickly went through the back gate towards the sound.  When I turned the corner water was gushing down the wall.  I rushed back and turned the...

Monsoon storms can cause problems if you don't check

0 Comments
The rains that came down hard in Estrella Mountain Ranch last week have caused the soft soil under this condensing unit to settle.  Air conditioning compressors like to be level while operating.  It is the same principle as the warning on your refrigerator box to stand it up right for a period of...

Birds make their home in the bird spikes.

0 Comments
This Phoenix area home has tried to eliminate the pigeon problem, but in the process has created a home for the smaller birds.

What an Arizona wind storm can do to your attic.

0 Comments
While inspecting a house in the Westpark subdivision of Buckeye I noticed that the master bedroom was the hottest room in the house.  At first i tought it was the large glass block windows on the east and north side of the tub letting in the hot morning Arizona sun.  The real culprit wasn't thr d...

Greens Home Design does Home Inspections in Tartesso and Verrado

0 Comments
I wanted to let you know that I do Home Inspections in the Tartesso and Verrado subdivisions inBuckeye. I am very thorough and proffesional. Give me a call anytime to ask any questions 602-326-4061. www.GreensHomeDesign.com

Simple home maintenance can save you from disaster.

0 Comments
Simple Home Maintenance tips that can protect against disaster Maintaining the vegetation around the home can help to preserve the home from major problems. If this tree was properly braced when it was young it would have grown straight up. Now if it isn't removed then mother nature will bring it...
Previous 1 2 3 4 5 Next
Back to Top Archives
Rainer
63,383 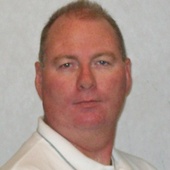