Pending home sales rose with many first-time buyers taking advantage of historically good housing affordability conditions, according to the National Association of REALTORS®.

The Pending Home Sales Index,1 a forward-looking indicator based on contracts signed in March, increased 3.2 percent to 84.6 from a level of 82.0 in February, and is 1.1 percent higher than March 2008 when it was 83.7.

Lawrence Yun, NAR chief economist, said it should take a few months for the market to gain momentum. "This increase could be the leading edge of first-time buyers responding to very favorable affordability conditions and an $8,000 tax credit, which increases buying power even more in areas where special programs allow buyers to use it as a downpayment," he said. "We need several months of sustained growth to demonstrate a recovery in housing, which is necessary for the overall economy to turn around."

NAR's Housing Affordability Index2 remained near record highs. The affordability index was 166.7 in March -- down from an upwardly revised record of 174.4 in February due to higher home prices in March. The index remains 30.8 percentage points higher than a year ago. The HAI is a broad measure of housing affordability using consistent values and assumptions over time, which examines the relationship between home prices, mortgage interest rates and family income; tracking began in 1970.

NAR President Charles McMillan, a broker with Coldwell Banker Residential Brokerage in Dallas-Fort Worth, said the increase in buying power is quite remarkable. "Compared to a year ago, the typical family can pay much less in mortgage costs for the same home, or buy a better home without necessarily increasing their monthly payment," he said. "For buyers who've been on the sidelines and have good jobs, the market has never looked more favorable. Homeownership has always offered immediate benefits and long-term value, but the advantages in today's market are unique."

A median-income family, earning $61,100, could afford a home costing $291,600 in March with a 20 percent downpayment, assuming 25 percent of gross income is devoted to mortgage principal and interest. Affordability conditions for first-time buyers with the same income and small downpayments are roughly 80 percent of that amount. The affordable price was notably higher than the median existing single-family home price in March, which was $174,900.

1The Pending Home Sales Index is a leading indicator for the housing sector, based on pending sales of existing homes. A sale is listed as pending when the contract has been signed but the transaction has not closed, though the sale usually is finalized within one or two months of signing.

The index is based on a large national sample, typically representing about 20 percent of transactions for existing-home sales. In developing the model for the index, it was demonstrated that the level of monthly sales-contract activity from 2001 through 2004 parallels the level of closed existing-home sales in the following two months. There is a closer relationship between annual index changes (from the same month a year earlier) and year-ago changes in sales performance than with month-to-month comparisons.

An index of 100 is equal to the average level of contract activity during 2001, which was the first year to be examined as well as the first of five consecutive record years for existing-home sales.

2The Housing Affordability Index is a relative index where a value of 100 means that a family with the median income has exactly enough income to qualify for a mortgage on a median-priced existing single-family home, taking into account the relationship between median home price, average effective interest rate for loans closed on existing homes, and median family income. The higher the index, the better housing affordability is for buyers.

The calculation assumes a downpayment of 20 percent and a qualifying ratio of 25 percent of gross income for mortgage principle and interest payments. The index is a general gauge with conditions varying widely around the country. Affordability conditions are lower for first-time buyers with smaller downpayments and less income.

Monthly publication of the index began in 1981 with annual data calculated back to 1970.

The National Association of REALTORS®, "The Voice for Real Estate," is America's largest trade association, representing more than 1.2 million members involved in all aspects of the residential and commercial real estate industries. 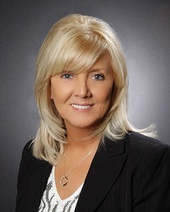