In 1702 a group of Newark colonists purchased a 14,000 acres of land from the Lenape Indians. Comprising most of today's northern Essex County, this tract was known as "The Horse Neck," due to its unique shape. Decades later title disputes by the original English Proprietors led to the 1740's "The Horse Neck Riots" - one of the earliest Colonial American challenges to British authority.

In 1798, the bulk of the Horse Neck Tract separated from Newark to become the "Township of Caldwell" consisting of what is today Verona, Cedar Grove, Fairfield and the Caldwells. The construction of the "Big Road," Bloomfield Avenue, from Newark through Bloomfield and Montclair, brought more people and more commerce to Caldwell in the early 1800's.

Caldwell was a major farming area, and by the 1850's, it had also become a major commercial link, supplying food and other merchandise from western New Jersey to Newark and other cities in the east. The arrival of the railroad in 1891 further linked the area to major population centers both east and west.

Yet even as its commercial role in the area expanded, Caldwell was becoming a popular summer destination for city residents looking to escape summer heat and enjoy the clean air, pure water and beautiful scenic mountain views of the area. Known as "The Denver of the East," Caldwell's farming and commerce economy was further enhanced by this seasonal business.  Many Boarding Houses, most famously the grand Monomonock Inn, were built around 1900 to accommodate summer residents.

As the area's population grew, Caldwell split into three boroughs at the turn of the century:

Caldwell was incorporated as a borough in 1892, and today it remains a mix of commercial and  residential.  Bloomfield Avenue is still the "Big Road" and the heart of the area's commerce. Near Bloomfield Avenue are more tightly packed houses, numerous condominium complexes, and rental apartments.

The grandest homes are in The Cedars, in the southwest along Essex County's Grover Cleveland Park, where lots are tree lined, streets are winding, and there are few sidewalks. Nearly all of the houses here were custom-built in the 1920's and 1930's and many were summer dwellings for New York‘s wealthy businessmen.

Among Caldwell's historical landmarks is the First Presbyterian Church, established in 1779. Grover Cleveland, who served as both 22d and 24th President, was born in this church's manse in 1837 when his father, the Rev. Richard E. Cleveland, was the pastor, and that house, at 207 Bloomfield Avenue, is today a national historic site and a museum.

The borough of North Caldwell was incorporated in 1898. Unlike its more commercial sister town, North Caldwell was always bucolic, and when first incorporated, consisted primarily of farms. Today the sole vestige of this legacy is the 28-acre Matarazzo Farm on Mountain Avenue, which is the only farm left in the Caldwells, and one of only two farms remaining in Essex County.

North Caldwell has retained its serene, country feel, although now it is primarily a wealthy suburb of professional and business families - a haven of beautiful homes on hilly, wooded roads, with no traffic lights and few sidewalks.

North Caldwell has few stores, and most residents shop in the surrounding communities, either along Bloomfield Avenue in Caldwell or at one of three malls within a 10 mile radius: Willowbrook, Short Hills, and Livingston.

And one more thing...although several Northern Jersey communities have a Soprano connection of some sort, only North Caldwell can boast of being home to the Sopranos Home. All exterior and some interior shots of the Soprano residence were filmed on location at a private home in North Caldwell.

The borough of West Caldwell was incorporated in 1904 from the towns of Franklin and Westville and initially consisted of 3,175 acres and 410 people.  Much of Westville was owned by the Crane and Harrison families, and was also largely farmland. Franklin, on the other hand, was the principal business center of Caldwell Township and had an economy supported by not just farms, but stores, factories, a cider mill and distillery. Today West Caldwell remains a lovely residential suburb with numerous recreational areas and parks. The largest is the 18-acre Grover Cleveland Park, with bicycle and jogging trails, a pond for fishing in the spring and ice skating in winter, as well as a softball diamond and four tennis courts.

West Caldwell is home to Caldwell College, a four year co-ed Roman Catholic institution, as well as to the West Essex campus of Essex County College.

The three boroughs, though separate, are linked in a multitude of ways.  They share not only a name but many services, including recreation programs schools, libraries, a senior citizens center, and police dispatch service. They also share Camp Wyanokie in West Milford, NJ, which was gifted to the towns of Caldwell, Fairfield, North Caldwell, Roseland and West Caldwell in 1972. Set in 150 acres of forest, the camp surrounds a five acre lake, and is an all-season ecological wonderland, offering an opportunity enjoy nature at its finest. Find out more about Northern New Jersey living and the Caldwells @ www.homesandlandnnj.com 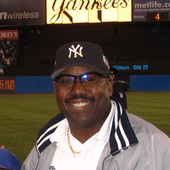