I saw this article the other day and it contains some exciting news for Memphis. Please read. article is cited at bottom of page.

After a dour year where housing prices fell more than 12% nationwide, will 2010 bring sunnier tidings?

The short answer: only a tad in a select few places but overall not really.

Yes, there have been pieces of good news over the past few months that have indicated a quiet, slow bottoming of real estate prices. For instance, sales of existing homes rose 7.4% in November from the previous month, the highest rate since February 2007, according to data from the National Association of Realtors released last week. The tax incentives for home buyers passed earlier this year along with historically low interest rates have no doubt nudged many buyers into the market.

Yet a recovery depends on several factors. At the top of the list is a turnaround in the labor market. More people going back to work will have a beneficial effect on household income and consumer confidence and would stabilize the housing market, says Stuart Gabriel, director of UCLA's Ziman Center for Real Estate. As of November, one of out every 10 American workers is unemployed, according to the Bureau of Labor Statistics. And while that's down slightly from October, Moody's expects the jobless rate to peak in the third quarter next year at 10.6%.

Another factor is the backlog in foreclosures, which are dragging down values and adding to the housing supply. "By all accounts, that backlog is at a historic high," says Gabriel. "It suggests that many more homes will be sold on a distressed basis either via foreclosure or short sale."

RealtyTrac, an online marketplace of foreclosure listings, estimates 3.2 million households will have received a foreclosure notice in 2009, up from 2.3 million in 2008. The firm projects that number could approach four million in 2010. "We do think 2010 will probably represent the peak, and in 2011 [foreclosures] will start to go down at least marginally," says Rick Sharga, senior vice president at RealtyTrac. Why the acceleration next year? First, says Sharga, there have been enormous delays in processing this year. Many homes that would have gone into foreclosure in 2009 won't actually enter and complete the process until 2010.

Second, a big wave of option adjustable-rate mortgages (ARMs) will reset next year. (These are a somewhat obscure category of ARMs that were popular during the real estate boom, which allowed borrowers to make a range of monthly payments. The options include a partial-interest payment that adds the unpaid interest to the loan's balance. On many of the loans, balances have risen while values of the underlying properties have plummeted.) "The number of loans that will adjust starts to go up significantly in the middle of next year. A lot of those loans are underwater...and owners will be really hard-pressed to avoid going into foreclosure," Sharga says.

Home prices, of course, are variable and depend on many factors, each of which are difficult to predict. Still, average home prices will drop by 7.9% nationwide in 2010, according to Moody's Economy.com. In the few areas where there could be positive price growth, the projected increase is modest. "These areas will essentially be flat next year," says Steve Cochrane, managing director at Moody's Economy.com.

These pockets of the country share a few important characteristics. One is that they are starting with a limited supply of housing stock. Another is that throughout most of the decade, prices basically stayed in synch with household income, says Cochrane.

There are other factors, too. Pittsburgh, for example, along with western Pennsylvania, is late in the traditional business cycle, and "our variations tend to be smaller," says Robert Strauss, a professor of economics and public policy at Carnegie Mellon University in Pittsburgh. The economy has managed to stay fairly stable mostly because over the past several decades it transformed from a center of manufacturing to one of education and health care with a bit of financial services and technology.

Smaller areas across the Southeast are expected to fare well in 2010 primarily because they fared relatively decently during the housing crisis, says Jeannine Cataldi, a senior economist at IHS Global Insight. "They didn't have such a big run-up, and they have a diverse economic base that enabled them to stay stable," she says. Home prices in Charleston didn't get out of line with household incomes; also, Boeing (BA: 61.60, -0.60, -0.96%) is investing in a fairly large manufacturing plant there, which could create some potential for income and job growth, says Cochrane.

As for Memphis, the city's largest employer is FedEx (FDX: 84.99, +2.06, +2.48%). Transportation services is one of the early industries to turn around as the economy recovers, says Cochrane, and that should support the area's housing market.

The economies of Tacoma and Seattle - which are neighboring cities - were "much stronger for much longer than much of the rest of the country," says Cochrane. Software giant Microsoft, based in Redmond, Wash., a Seattle suburb, was one reason the area remained stable. Another was Boeing, which builds its commercial airplanes in Seattle.

Going forward, Seattle's position as a key hub of trans-Pacific trade should be a plus for the economy. Orders are increasing for commercial aircraft and it should see some rising demand for tech products, Cochrane says. The outlook for 2010 for the two Washington cities "is for fairly stable, moderate economic growth," he says. 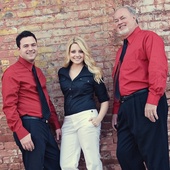