Here in my Macomb County MI area we have been in the throes of the foreclosure / unemployment / plummeting home values for several years.

During all of this chaos I've spoken with many people who have tried to have their mortgages modified with
the Making Home Affordable program.   They've all shared the same scenarios & frustration:   Repeatedly
faxing and / or sending requested documents, phone calls to follow up weekly and in some cases daily,
mortgages being sold to another lender while in the midst of the process & having to start all over again.

Most of the people that I know of who have tried to have their mortgages permanently modified are now in
their 9th month to one year of "send it again, we didn't get it" mess.   Only a couple of them have been put
into the "trial program" of making the new modified payments for a 90 day trial period before they are
supposed to receive the permanent modification paperwork.  (I know of 2 people who are in the trial program, completed the 90 days of payments, and still haven't received permanent modification.)

Yesterday though I received a phone call from someone who said:"It's here!  The permanent modification  document!"   (This was after almost one year of haggling, begging and the loan being sold to another lender and starting all over again.)

Of course I asked what they thought was the key to getting the final documents.  The answer?  Getting angry. Refusing to take "no" during one lengthy phone call and consistently going up the chain of command to the new mortgage holder.  Doing this finally put them in touch with the Fannie Mae Foreclosure Prevention Specialist who actually provided this person with their own contact information for follow up calls and email.

Today I am going to call or email the other people that I have spoken to about their frustration with this process to hopefully give them a bit of momentum to keep going forward and to see the light at the end of the tunnel.

One small step, but an important one, and one that I hope we will hear much more about in the coming months as  these "trial periods" progress.

So it would appear that the squeaky wheel gets the grease.

These programs are a farce.

Lenn,  In this case the squeaky angry wheel got the grease.  However I am still a bit nervous for this person until the new mortgage is recorded at the county level.   Yes, this program surely has been a farce.   I really am hoping that something has gone on at the government level in the last month or so to shake these banks and their non-progress up.

It's a shame for people who are going through job loss, no income to make their payments and they cannot get the straight answers for help....unfortunately these programs are a farce! Good luck and keep trying just remember who you are dealing with..incompetents!!

Kris, I am working with a gal now who has been doing this for months....same ole' same ole'.

It is freaking heart breaking.

Are you on Wendy and Broker Bryants Short Sale Superstars?

Go join if not, I learn SO much there.

Kris I am working with someone right now who can use this information and I am going to pass it along without delay.

Dorie,   If there is no income, I understand the denials. (Unless unemployment benefits would carry the weight of the mortgage)  But to deny people who qualify, or drag things out so long that the frustration of it all causes people to just walk away, is heartless.

Missy,   I'll look up Wendy & BB's site.  Thanks!  If your gal is working with Nationstar let me know.  I'll send you the contact information.

Charita,  I wish them well!  Thanks Charita.

Kris - People that are already struggling shouldn't have to struggle louder to get the help that is supposedly coming their way.

All change begins with tiny steps...and then they become giant leaps that hoepfully will benefit everyone...good luck ! 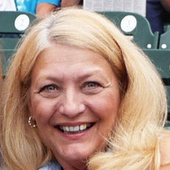 A partner for your real estate
needs in Macomb County.
Looking for a full time real
estate professional with over
a decade of experience in
Macomb County MI and it's
surrounding areas?

Feel free to get to know me and
how I conduct my business by
reading here and visiting
Chataboutmacomb.com and
Macombhomes.com

I'm a firm believer that the best
real estate relationship is a
partnership. We work together
to achieve your goals - whether
it be in purchasing your first
home or selling your present
home to purchase another or
to relocate.

Please feel free to email me at
any time. I would enjoy chatting
with you and getting to know you.