Typically, the busiest time for home shopping starts in March and continues through May, but this year buyers who want to take advantage of the tax credits have to hold a signed contract by April 30 and close the deal by June 30.

That is getting people off the couch.

"The tax credit will absolutely have an effect," says Pete Flint, CEO of residential real estate search engine Trulia.com. "It is going to shift demand from the later part of the year to the first part. January and February will be very strong. The next three months, there will be a surge in demand." 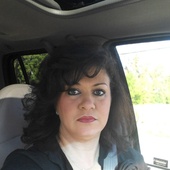