We cannot play by the old rules in today's times.  The old rules and moral obligations oftentimes do not apply.  The next wave of foreclosures are going to be the owners that have been paying their mortgages and their escalating fees despite the falling market.  The ones that have been doing the right thing thinking that it will all pay off in the long run.  These owners are coming to the conclusion that it is fiscally irresponsible to continue to pay on a home at the risk of their other financial needs.  It not only is damaging to their personal financial position but it hurts the economy as a whole because capital is not used in ways that foster growth.  Those that have been holding on to their depreciating real estate have been burdened with increases of association fees, CDDs and soon higher taxes because there are less home owners paying these shared expenses.  It's a spiral that will continue.  And, yes, the banks are to blame.

It seems to me that the reckless investor speculators walked away from their real estate early.  The ones that bought their properties despite not being qualified for the mortgage payment never intended to hold onto the asset.  Their intentions were to sell quickly.  When they couldn't sell, they also couldn't pay so they walked away.  Ironically, many of those investors are back in the market profiting from distressed property work that I'll elaborate on later.  Sadly, some of those people, simply lost their life savings with no way to earn it back.  Yes, it was easy for people to get mortgages even though they had no capability to make the payments.  This was not due solely to fraud.  Actually, fraud was quite unnecessary as banks encouraged their loan officers and brokers to market the most "flexible" mortgage products.  They were the most profitable.

Moreover, many times a specific bank was an "on site" preferred lender for the developer.  To obtain and remain in the preferred position with the developer (or seller), the bank had to approve as many buyers as they could.  Furthermore, they were instrumental at keeping the sales prices inflated as they made sure that their appraisers supported the contracts that were written (usually with the seller creating comps).  The banks worked very hard to offer financing advantages that encouraged buyers to sign sales contracts at higher and higher prices.  The legitimate buyers that bought into a community as their home were outnumbered by investors that were driving the prices up.  Occupying buyers were assured that the developer was limiting investors.  Mortgage approvals oftentimes depended on the property attesting that the investor concentration was below a certain percentage.  It was very common in the boom years for a preferred lender's loan officer to coach an investor buyer to apply for the mortgage as a second home.  It was very common for the lender's underwriters to not question a buyer stating that the property was a second home even if it clearly was not.  The easiest way to explain why this is important is to say that people who finance the homes that they live in, full time, or part time, are less likely to default.  I'll refrain from elaborating on the statistical analysis that supports this.  Those of you that are in the industry remember the days when risk was evaluated based on historical statistical performance modeling.  Sorry, enough of that, for now.

Some of the owners that continue to pay on their property still live in the home or condo.  Others have moved on to their next home and were forced to become landlords on their previous residences because they could not sell. These owners made the decision to continue to pay their mortgage obligation even though the rent they collect didn't cover all the costs.  They have (had) the finanacial capability to pay and they thought they were doing the right thing.  In the meantime, as more and more other owners decide to stop paying their mortgages the property values continue to decline.  Then there are also less people paying the shared costs for common area maintenance through Association Fees and Community Development Districts.  These expenses continue to escalate for those that chose to stay current on their homes.  Simply put, if 5 homeowners in a community are required to pay $100 for something and pay $20 each, and 4 of those homeowners do not pay, then 1 homeowner has to pay the full $100.  I know that's a silly example but that's the basic premise.  To make matters worse, the costs keep rising as less people share the burden of paying and the nice amenities and well kept roads and parks and pools start deteriorating.  This adds to the stress of those owners that continue to pay their obligation.  The values keep going down, cost keep going up, vacancies rise, common areas deteriorate and the homeowner has little or no control to stop the spiral from continuing downward.

One very effective way to stop the downward spiral is for the abandoned and distressed properties to change ownership quickly to a new owner that then will pay the share of costs and improve the value.  This brings me back to the bank's role.  When a bank forecloses on a property, they then become the owner that is responsible for paying all taxes and fees.  In some communities, when one bank has a majority of the mortgages, like when they were the preferred lender, their costs to foreclose are very high.  In most condo communities, when a bank forecloses on a condo, they are only obligated to pay up to 6 months in delinquent association dues.  When an owner stops paying their mortgage, they stop paying all the other fees on the property.  It is becoming more common for some properties to be delinquent now for over 2 years without any foreclosure.  If the bank does not foreclose quickly then there is noone to pay the fees which shifts the burden to the owners that are paying.

Some distressed owners have tried to pursue mortgaqe modification or short sales.  These processes can go on for months because of the ineffectiveness of the banks.  When there is a new owner interested in buying a distressed property, instead of providing that active and willing buyer with great customer service in selling them the home, the bank stalls and discourages many buyers.  In a short sale or pre-foreclosure, the current distressed owner is not paying any fees, the bank has not pursued legal action to become the owner so they don't pay any fees and the new buyer who will pay the fees and help to ease the burden from the other owners is chased away.

There are many factors that influence a home owner's decision about whether or not to keep paying for their depreciating asset.  I've pointed out an overview of some of the forces that work against the homeowners that are trying to do the right thing.  Strategic default is the new current buzz phrase.  Without understanding the entire context and specifically the role of the banks in the continued housing crisis, the problem will continue and in my opinion, will get worse.  The banks made their enormous profits in the boom years and they are minimizing their losses now.  And they have millions in bailout money.  The individual homeowner is left with less and less options.  Until there is some attention and action to the systemic problems, there will be no recovery. 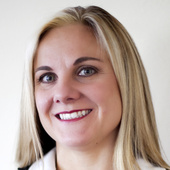