PORTER IS LOCATED NEXT TO THE: Indiana Dunes State Park is located 47 miles east of Chicago, Illinois. The beaches are bounded by Lake Michigan and the National Park Service operated Indiana Dunes National Lakeshore. The 1,530 acre (66.2 km²) Dunes Nature Preserve makes up the bulk of east side of the park and includes most of the park's hiking trails and dune landscape. This was one of the first places Richard Lieber considered when establishing the Indiana state park system. Like all Indiana state parks, there is a fee for entrance into the park.

The beaches were formed by winds coming off Lake Michigan, which drop sand when the wind hits plants, dunes, and hills. As the lake level of Lake Michigan dropped at the end of the Ice Age, the shoreline receded, and new dunes were formed along the lakeshore. Vegetation took over the previous dunes, and eventually forests grew on top of them. There are "blowouts" along the dunes, where dead stumps were revealed after the wind blew the sand from ontop of them; the most notable such blowout (geology) is Big Blowout.

Native Americans used the area for years, the Potawatomi and Miami tribe being chief among them. The Dunes were along trade routes Native Americans from the Mississippi River used to trade goods with other tribes along the Great Lakes. 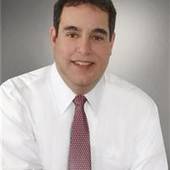