The History of the Standing Stone

The Origin of Standing Stone began back when the Native Americans were present in the area.  There are rumors of which tribes inhabited the area-Cherokee,  Chicksaw, Choctaw, Creek, Shawnee, and Lakota-but the story of the Standing Stone is nothing shy of a rumor as well.  With the many tribes present, there will be different legends along with many translations.  One thing is for sure; the Standing Stone was a sacred place for many and it served as a sanctuary for many tribal benefits.

According to an old Cherokee legend, the Standing Stone represented a sitting bear.  The legend has it that a young hunter went out in the woods to find food for the tribe.  While on this journey, a storm came and he needed to seek shelter.  This storm would not pass until the morning so he camped out all night.  The next morning as he awoke, he was distressed and was unaware of where he was.  The sky was clear and he climbed to the peak of a stone.  As the young hunter was looking around, he noticed he was at the base of a stone that resembled a sitting bear-Standing Stone.  He immediately ran back to camp and shared his experience and the tribe celebrated the sacredness of this rock.

The legend continues with the next generation of Cherokees.  It is said that a man needed to take a journey and took a dog with him.  This dog's job was to protect him of any danger and he would "be the sacrifice".  As the days of this quest continued for a mere 40 days, the explorer was starving and the dog knew he had to help.  The dog jumped in the river and swam away.  7 days later, the dog came back and had dirt on his back, which proved land was nearby.  The Cherokee carved the Standing Stone into the shape of a dog to represent the good deed the dog had done.

There was still uncertainty about how the stone was carved.  18th and 19thcentury Cherokees claimed the Great Spirit did it himself with a divine hand and wanted the stone to be a token of gratitude from Heaven.  Others say that the storms shaped the stone, which would be another insinuation that the Divine God did it.  Overall, the stone was considered sacred and many tribes around came and worshiped their Divine Being at this Standing Stone. Many previous scavengers enjoyed whittling off pieces for souvenirs and the weather did some natural damage.  A few years later, in 1895, the stone was officially dedicated on October 17th.  There is a lot of symbolism in this stone and is a monumental structure that will forever be known in the area. 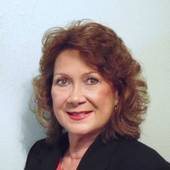