WASHINGTON - As part of ongoing efforts to strengthen the Federal Housing Administration's (FHA) capital reserves, FHA Commissioner David H. Stevens today announced a new premium structure for FHA-insured mortgage loans increasing its annual mortgage insurance premium (MIP) by a quarter of a percentage point (.25) on all 30- and 15-year loans.  The upfront MIP will remain unchanged at 1.0 percent.  This premium change was detailed in President Obama's fiscal year 2012 budget, also released today, and will impact new loans insured by FHA on or after April 18, 2011.

"After careful consideration and analysis, we determined it was necessary to increase the annual mortgage insurance premium at this time in order to bolster the FHA's capital reserves and help private capital return to the housing market," said Stevens.  "This quarter point increase in the annual MIP is a responsible step towards meeting the Congressionally mandated two percent reserve threshold, while allowing FHA to remain the most cost effective mortgage insurance option for borrowers with lower incomes and lower down payments."

This premium change enables FHA to increase revenues at a time that is critical to the ongoing stability of its Mutual Mortgage Insurance (MMI) fund, which had capital reserves of approximately $3.6 billion at the end of FY 2010.  The change is estimated to contribute nearly $3 billion annually to the Fund, based on current volume projections.  It is vital that HUD take action to ensure that FHA will continue to serve its dual mission of providing affordable homeownership options to underserved American families and first-time homebuyers while helping to stabilize the housing market during these tough times.

On average, new FHA borrowers will pay approximately $30 more per month.  This marginal increase is affordable for almost all homebuyers who would qualify for a new loan.  Existing and HECM loans insured by FHA are not impacted by the pricing change.

FHA will continue to play an important role in the nation's mortgage market in 2011.   President Obama's FY 2012 budget projects the FHA will insure $218 billion in mortgage borrowing in 2012.  These guarantees will support new home purchases and re-financed mortgages that significantly reduce borrower payments.

The Administration's housing finance plan that recommended that Congress allow the present increase in FHA conforming loan limits to expire as scheduled on October 1, 2011 is already being talked about on Trulia in our area due to high housing costs.

Vickie, If you have not read The Report to Congress ( http://www.treasury.gov/initiatives/Documents/Reforming%20America%27s%20Housing%20Finance%20Market.pdf ).  You may wish to read it as it lays out the administrations plan.   FHA has been one of best things for Buyers in todays market.    In my opinion the Report to Congress lays out the Governments plan to make Conventional Loans more competetive with FHA.  The increase in the MIP brings it more inline with Conventional PMI options.   FHA will still be an excelent option for borrowers with lower credit scores. 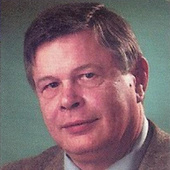