According to 2010 census data released, Rockford is holding onto the spot as Illinois' third largest city. Unless a population boom is in our future, there are several cities poised to pass us.  Some are thinking Elgin will be the next to pass us, but it may take them 10 years to do so.  Their population is just over 108,000 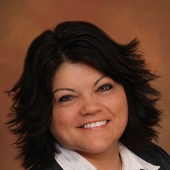 5.0/5.0
by mlrdvm2
My Loves Park Real Estate Listings on Zillow