Tickets are FREE but you had to apply to get them.  The Eugene Oregon Antiques Roadshow segment will air sometime between January 2012 and June 2012, but no specific date has been set yet; Antiques Roadshow will announced the air date in September 2011. Do I have to bring an item to be appraised, or can I just go to watch?  You must have tickets for this Antiques Roadshow event, and, you must bring at least one item for appraisal.  But, no more than two items for appraisal per ticket.

Can I bring my Great Great Grandfather Joe's gun to be appraised?  Unfortunately, firearms are not allowed in this Antiques Roadshow event for appraisal.  But I'm sure you have many other interesting antiques around the house you're curious about, right?

How can I be featured on Antiques Roadshow?  According to Antiques Roadshow FAQ section, producers choose based on the item history, rarity, value and the guest story as well as the appraiser’s insights.

Hopefully you applied for tickets, were chosen, and are coming for the fun!!!

I'll be there at the 3pm session, so come find me and say hello!

Wow, what a treat. Leslee and I are big fans of the Antique Roadshow. The history and values are all over the map.

Have a great weekend,

Steve:  It is a great show, isn't it?  Thanks for stopping by!

Ellen~ I didn't see what you will be taking to Antique Road Show in your post!!!

We record it, so I will thing of you when the Eugene Oregon show airs!

Good luck with your entries! I know you will have fun just being there. Say hi to Mark Walhberg for me!

What a fun event for you Ellen. I like watching the show. Hope you had a good time.

Ellen...please chime in and tell us all about the show!  Have a terrific day! 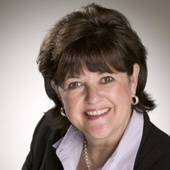 over 9 years ago
bookmark_borderbookmark
Did you know Mortgage Rates are the lowest in 2011...
View more Recent Posts   arrow_forwards

How is my Credit Score Determined?