Thanks Conrad for HOPE in our future Real Estate Market! History does have a way of repeating itself and we are due for a boost in sales and a rebound in price! the numbers suggest an upswing is on the horizon!

Lawrence Yun, NAR's economist, is predicting the coming housing shortage based on the "coming up short" chart.  Harvard created the "State of the Nation's Housing" report that also echo's Mr. Yun's prediction.  It really is just number crunching.

2000-2007, household growth averaged 1.2 million per year.  2007-2010 about 500,000 annually.  According to the Harvard report 16,000,000 (16 million) new housing units will be needed within the next decade.  Again, according to Harvard "the number of new households is set to rise sharply, supporting growth in population that fuels growth in new renters and first time buyers".  One only needs to look back in history over the last 40 years to see the cycles of demand and supply.  Zillow (I question why they are a trusted source) indicates that housing values are back to 2002 levels.

The mid 70's produced disintermediation.  Prices stumbled. The early 80's with 19% interest rates and 21% inflation reduced housing values.  Then President Reagan reduced all tax rates and the boom began.  Four years of exploding values.  Then the tax laws changed now calling real estate a passive investment.  The bust followed.  In the early 90's values fell 35%.  A growth spurt in the late 90's.  Then the new century.  2003 -2007 the boom again.  Bust 2008 to ?

Population increasing.  Housing not supporting growth.  Housing shortage will happen again as it has in the last 40 years.

We need to create an URGENCY with our buyers!

This is a great article with a much needed positive message-thanks!

Like
Larry Story ALC
Total Care Realty - Greensboro, NC
Beneath it all is the Land, Covering all of NC

I am skeptically optimistic on all these economist and their all knowing reports.  They usually sit behind their computers and pull data such as "Zillow" (OMG why) has published and wonder why their predictions do not come true.  We on the other hand with our "boots on the ground" here in the trenches know what is happening in our regional markets.  As we know real estate is a regional micro market.  This goes back to the same thing we use to complain about before with the national media and how real estate cannot be summed up so easily on a "National" graph.

Thanks Kathleen for the re-blog. 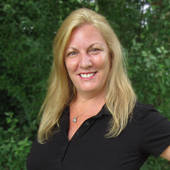 When you genuinely love what you do it shows in everything you do!

I have a passion for people! More and more I see clearly that Real Estate is an awesome choice for a people person! Homes sell themselves in a big way and the Realtor chosen is the personality that can deliver the positive in every situation! When you know everything has a purpose for its direction selling is easy because there is no intimidation, no coercion just good old fashioned assistance directed to the client's needs!

The market is there and always will be. All we need to do is be there for the public, in the way they need, the rest will take care of its self!

Join Me On Face Book!