Meryl Streep is a beautiful lady. I enjoy her in whatever she is in. But, she did not start out as Meryl Streep.  Instead, she was born Mary Louise Streep in 1949 back in Summit, New Jersey. In fact, her first movie role didn't come about until she was 28, back in 1977, in the movie Julia. Remember that one? Here is an early photo of Meryl, when she first got into show biz. Yes, she has a small bow in her beak, probably fighting off all those boys in kindergarten, but it has not impaired her sense of smell, or her ability to entertain movie goers, young and old... Now, that's enough about that Meryl. How about the other one? Meryl Street is a beautiful road here in Medway, MA. My Meryl Street listing, 25 Meryl Street, is a great little home featuring many updates... new furnace, central air, roof, windows, roof and siding to name a few. It is actually named after Meryl Weiner, one of the daughters of one of the two guys that developed the neighborhood, Brentwood, back in the early 1960's. There is also a Robin Circle and a Karen Ave, two other daughters of Mr. & Mrs Weiner. Of course, Mom could not be left out. Beatrice Lane is at the base of Meryl Street.

Here are a few more shots of Meryl... which one do you like the best? 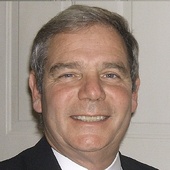 Marketing and promoting property in Medway and surrounding communities through extensive direct mail campaigns and Internet presence. Helping my clients fulfill all their real estate needs...