Last week set all time record lows for mortgage rates in the United States. Factors in rates moving lower and lower over the past few weeks have been disappointing economic data and uncertainty about the health of European markets and banks.

Since investors move money from equities into bonds in times of uncertainty, the end result is that mortgage rates just don’t get any better than where they are at. This means that the question is not if, but when mortgage rates will move up. The general expectation is that when they do move up, they will do so swiftly.

The Ben Bernanke Watch is On

All eyes are on Ben Bernanke this week, with the widely held expectation that he will announce additional measures to help stimulate the economy. Bernanke will be speaking on Friday at the Kansas City Fed conference in Jackson Hole, Wyoming. In a spooked and volatile market like this, the week ahead may very well be jumpy as rumor and speculation about what Bernanke may or may not say are likely to abound. 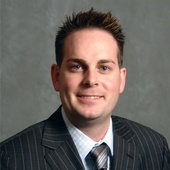 Dedicated to keeping our real estate partners and consumers up-to-date on the latest market trends and lending guidelines.