We are very excited here in Monmouth County to be hosting the Breeder's Cup.  There has been alot of activities and special events.  I thought you might like to know a little about what has been happening!!

The Breeders' Cup World Championships has become the ultimate test of a Thoroughbred's talent and ability.

For the second year, ESPN will televise live the Breeders' Cup World Championships.

Cocktails and hors d'oeuvres will be served at the Shrewsbury Sailing and Yacht Club in Oceanport.  The party will be open to all regatta participants as well as Breeder's Cup officials, horseman and other dignitaries.

Regata will be held at the Shrewbury Sailing and Yacht Club and staged on the Shrewsbury River.  It is restricted to boats in a limited number of design classifications.  The regatta will consist of three races, each anticipated to take about 60 minutes.  More than 100 boats are expected to participate.  Trophies will be awarded.

Featuring Colts Neck Polo and will be held on the fields across the street from Monmouth Park.  There will be a general admission, a catered lunch and activities for children.  Tailgating is permitted.  Halftime activities include a presentation by the Monmouth County Hunt.

A street fair presented by the Borough of Oceanoprt.  The event will offer a little something for every member of the family, from carnival rides for the kids, to crafts and merchandise, to chefs serving up samples of their specialties, to meet-and-greet sessions with trainers and jockeys.

Once run in conjunction with the Haskell Invitational, will be renewed under the sponsorship of the host committee.  It is anticipated that the event will draw more and 1,200 runners.  The runners will end up coming down the stretch on the racetrack, finishing at the finish line at Monmouth Park.

The Gala is being held at Wilson Hall on the campus of Monmouth University.  Some 600 guests will be treated to a dinner catered by Lawrence Craig with celebrity chef David Burke.  After dinner, attendees will be treated to a private concert featuring the legendary Frankie Valli and the Four Seasons.

It sure is going to be a busy weekend.  They have really done alot of work to make Monmouth Park sparkle!  I have gone to a couple of the events and it's nice to see everyone out and enjoying themselves.  They are expecting a sellout crowd of 45,000 and a global television audience of millions.  Rain or shine we will be off to the races!! 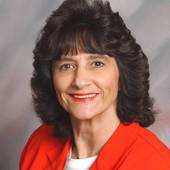