I was at a seminar recently and the speaker was talking about becoming successful and the mindset of successful people.

He told a story about an ancient commander that knew how to motivate his warriors so well (I can't remember which ones - the players don't really matter, it was the message that got me) that they gained a reputation for their incredible bravery and unwavering commitment to victory.

How'd he do that?  When they would offload the army onto the shore that they wanted to attack, the commander would give the first order:

The warriors would watch the boats go up in flames and all thoughts of retreat or surrender were removed from their minds and hearts because they knew that their only way home was through victory.  Their only possibility of retreat was now a pile of ash floating on the water.

Talk about being highly motivated!  WOW!

This story has been rolling around inside my head for about a month now and it seems to be burrowing a hole into my physique.

Hang with me, I've had an epiphany:

I have determined that this is why I enjoy short sales so much!

I know "enjoy" and "short sales" shouldn't be in the same paragraph, let alone the same sentence.

A short sale is the pinnacle of "boat burning".

So, with happiness and great excitement, I am burning my boat for my clients in Wichita, Kansas

(Thank goodness its a metaphor because I can't find a big lake or an ocean anywhere in Kansas!)

Good analogy. There is no turning back if you CAN'T turn back! 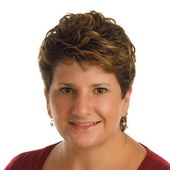 over 10 years ago
bookmark_borderbookmark
IT'S NOT A ZOMBIE APOCOLYPSE - I PROMISE!
View more Recent Posts   arrow_forwards