Sales of new U.S. homes fell to in August. The fourth straight monthly decline during the peak buying season suggests the housing market is years away from a recovery.

The Commerce Department said Monday that new-home sales fell 2.3 percent to a 295,000 - a six-month low – and less than half the roughly 700,000 that economists say must be sold to sustain a healthy housing market.

But all home sales remain weak. August sales for previously occupied homes at a seasonally adjusted annual rate of 5.03 million were slightly above last year's sales but still almost a million less that the roughly 6 million older homes that economists say need to be sold each year to sustain a healthy housing market.

The low sales have been attributed to a lack of consumer confidence and on competition from short sales and foreclosures which are selling at an average discount of 20 percent. But is that really the case?

The Builder Magazine/American LIVES 2011 Study of buyers who had recently purchased or looked at newly constructed homes measured, among other things, home shoppers opinions regarding Short Sales and Foreclosures.  The survey asked:

“Home shoppers have different opinions about Short Sales and Foreclosures. Check what is true for you.”

o    I’ve heard that Short Sales take forever and sometimes you don’t even get the house.

o    I’ve heard that the Foreclosures can be a really good deal.

o    You need to know a lot more than I do to consider a Short Sale or Foreclosure.

o    You can find some really good deals in a Short Sale.

o    I’ve heard that Short Sales are a pain in the neck, even if you finally get the house.

In the Builder Magazine/American LIVES 2011 Home Buyer Study, 40% responded that they’d heard that the Foreclosures can be a really good deal and 38% believed that you can find some good deals in short sales.  But 41% heard that Short Sales take forever and sometimes you don’t even get the house, 40% felt that you need to know a lot more than they do to consider a short sale or foreclosure, and 32% had heard that Short Sales are a pain in the neck, even if you finally get the house.

Short Sale or Foreclosure homes are selling at an average discount of 20 percent, and they are lowering neighboring home values, making many re-sales a bargain compared with new homes and creating an average 30 percent disparity in prices.

Given the uncertainty about jobs and the economy, is it a surprise that people are shopping for “deals?” Getting a “perceived deal” can give you the psychological lift you need to be confident that you are making a good decision.  In addition, our expectations are being set by all of the “deals” being offered by other parts of the economy – groceries, dining, vehicles, and vacations.

According to the latest report from my friend and fellow MIRM, Mike Pennington, while the number of distressed properties in Ada and Canyon counties is declining, it is not declining at the rate we need to cause average prices of homes to increase.

Because all real estate is local, I would like to know how you would respond to the survey question on short sales and foreclosure. 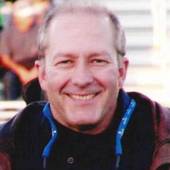