Though the market has gotten weaker in some areas...properties closest to the ocean are still moving...Summer of 2007 even exceeded that of 2006...Buyers are still looking and know that this is the time to be buying before the market bounces back to the sellers court. It is now fall 2007 and calls are still coming in which leads me to believe that 2008 should be even better.

Though the market has dropped drastically in other states, Maine is holding its own and sales have increased since 2006. This is a very good sign for Southern Maine Real Estate. It appears that buyers are trying to lock in to their second homes or investment properties while the market is still in their favor.

Location Characteristics: Wells is located in York County, and was the third town established in Maine, incorporated on July 5, 1653 from a portion of the town of Webbannet.

Named by Sir Fernando Gorges for the English city of the same name, Wells was first settled in 1641. It has the distinction of being the only Maine town not conquored during the various French and Indian wars between 1650 and 1730.

Its spectacular beaches have made it an attraction for centuries. Ogunquit, the resort community, was part of Wells until 1980.

The Rachel Carson National Wildlife Refuge consists of 3,600 acres of marsh and upland wildlife habitat. A mile-long trail (handicapped-accessible) offers vistas of the marshes and the ocean, plus many kinds of shorebirds, ducks, and geese. The trail begins at the refuge headquarters on Route 9 at the Wells/Kennebunk line.

The Wells National Research Reserve is an educational and research facility with 1,600 acres, 7 miles of trails that take you through old fields, woods, marshes and to the beach. During the summer there are guided tours, junior research programs and research projects on birds, the sea level and water. 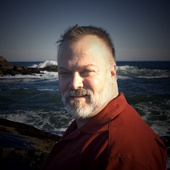