News of the AVCA's decision to bring it's 2012 Collegiate Sand Volleyball Championships to Gulf Shores next April is another score for Gulf Shores Travel and Tourism!  Before the final decision, Gulf Shores was in the running with hosting locations: Los Angeles, San Diego, and Orlando.  A big win for Gulf Shores travel and tourism 2012 numbers.

The Collegiate Sand Volleyball Championship plans to bring 65 competing teams to the area, along with national broadcasting of the spring event by CBS sports.  The event will enlighten a whole new demographic to what our little Island of Gulf Shores has to offer.

Gulf Shores has already comitted to putting $30,000 into the event, including making necessary court preparation, as well as hosting a team dinner/event.  There will also be both adult and junior volleyball tourney's running that weekend in hopes to amp up enthusiasm and involvement in the event which poses to hold a festival like feel for the weekend.

The weekend event will take place April 27th through the 29th and promises to plump up the population.  While March is historically a great month tourism-wise for our area, with nearly all of our primary feeder markets celebrating a vacation for their "spring break"- these spring breaker's taper off in the first week in April.

But 2012 should see a busy April from start to finish.  The feeder markets of Loyola University, Tulane University, the States of Kentucky, Louisiana, and Ohio will all be closing schools for their spring breaks anywhere from April 1- April 13th.   Let's not forget that Easter is also falling in that timeframe (April 8th), making the first half of April free for travel to our beautiful beaches. Now, add in the CBS aired NCAA Collegiate Sand Volleyball Championship, and we have a recipe for April 2012 tourism revenue success!

A representative from the Siesta Key Florida CVB, said the Sand volleyball invitational that their area hosts annually in April 2011 "Fiesta at Siesta" boosts their visitor numbers, but he said their event isn't quite the magnitude of the upcoming Gulf Shores event.  He stated that their event hosted 19 University teams last year and is more of an "invitational."  He also said the $120,000 from the extra 172 room/nights that the event brought to Siesta Key can't really be compared to what Gulf Shores should be in store for.  Our event will be on a much grander scale.

Adding together all of the elements: hosting 65 teams and their families/friends, Collegiate volleyball officials, in addition to the crew and production staff necessary for a national broadcast- along with any other sports enthusiasts that filter down-- and that April weekend is sure to be bustling.

More importantly however, is the long term potential.  Just having the opportunity to put Gulf Shores in the national spotlight via CBS sports is groundbreaking in itself.  Any chance that Gulf Shores has to catapult it's little old self into the spotlight is just another dollar in the pockets of our areas investors, owners, and most importantly local community.

2011 has been record breaking according to the numbers published by the GCCVB, and it seems it may be possible for 2012 to show '11 a run for it's money.  Only time will tell, but I think Baldwin County will all agree, we deserve it. 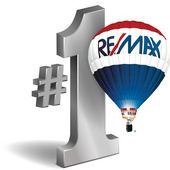