Not sure about you, but people have come out of hiding the first few weeks of this new year, and volume of activity seems to be picking up. Open House attendance at much higher than the last several years, and contract flow is very positive.

This may be a beginning of the year blip, but signs continue to point to increasing activity of homes being purchased in NW Arkansas. Jobs will be the ultimate driver of increased activity, and we have seen slight improvement on that front. The situation is not back to normal, by any means, but signs are positive. One major hangup might be the European Economic Crisis, and the financial impact that may have on our country. That and rumors of war around the world. We are in an election cycle, and that may cause some uncertainty until the next President is settled.

For the most part, the trend seems slightly up. 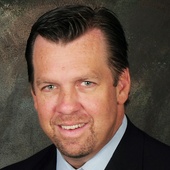