Let's begin with some good news! However, that will have to wait until we congratulate Lee Barrett on becoming a certified CRS instructor on his first attempt during the NAR Convention last month. Congrats Lee!!

Now for the good news! First, the single family residential (SFR) resale closing numbers for November are pretty much on par with October . . . and that's good why? Well, we did not have the "normal" November dip from October numbers . . . and that might just be the first sign of life and hope in resale sales since it bucked the traditional end of year trend. So let's see what we can learn from the November SFR stats about the current underlying condition of the Las Vegas market.

More good news! The overall available inventory has dropped slightly since the last snapshot a month ago. More importantly, the average price of available SFR listings has also dropped approximately 1.6% for each of the last two months or a total of 3.2% for the two months combined. Also, the average sale price inched its way up as did the absorbtion rate. On the whole, the Greater Las Vegas resale market remains 14% over priced, but some areas adjusting well. For example, take a look at area codes 201, 202, 403, and 502. These areas are coming closer to striking a balance between average list price and average sale price.

There is one anomaly in the chart . . . and that is area 601! The small number of closings skewed that data slightly as there were three high end properties that closed out of the fourteen total closings. One of these was a closing with a sale price of exactly $1,000,000 that had an original list price of $1,399,000; that property sold with a 29% reduction to the original list price. Area 601 seemed to have good activity for the number of listings and a higher than average absorbtion rate, but the -12% does represent a small amount of skewing.

The one number in the report that could still use improvement is the average Cumulative Days on Market (CDOM). It has slowly increased to an overall market average of 169 days. One (actually several) events may change this next month! The December auctions!! Early indications are that the Hudson and Marshall auction held on Sunday, December 2, 2007 yielded great deals and excellent results for the properties that were included in the auction. There are several more auctions to be conducted this month, so I am really looking forward to see what impact they will have on next month's snapshot!

Our market in Kansas City has been hit very hard. The number of homes sold in many ares is down 30+%. It doesn't look like things will change soon. 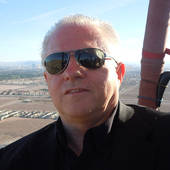