Is performance or pay behind the Colts’ decision to let him go?

Fourteen years is a long time

Peyton Manning has been with the Colts since he was selected by the team as the first over-all pick in the 1998 draft. In the 1999 season — his rookie season — Peyton Manning set five, yes five, NFL records including most touchdown passes in a rookie season.

A Colt for life

Playing for the Colts, Peyton won a record four MVP awards, started in more than 200 consecutive games, had 35 fourth-quarter comebacks, 46 game-winning drives, and threw more than 50,000 passing yards. Not to mention being named MVP in Super Bowl XLI, when he lead the Colts to victory in their first appearance in the championship game in 36 years.

(via Jeff Darlington for NFL.com)

Manning was off the field for the entire 2011-2012 season as a result of neck injuries and operations — the Colts’ record for the season was the lowest since Manning joined the team, at 2-14. After signing him to a five-year, $90 million contract in July, the team had to cut him this week, or pay him a $28 million bonus.

Given that the Colts have the number one draft pick this year and will most likely take the opportunity to select Andrew Luck from Stanford, the combined salaries of these two players would be too much for the team to support. Signing Luck is estimated to run the team about $23 million over four years — with more than $15 million of that payable in 2012.

(via WSJ’s The Daily Fix) 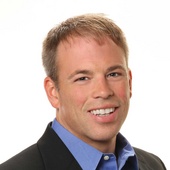