Since everyone in the country knows who Billionaire Warren Buffet is, it’s fair to call him the most prominent investment expert around. So, when Mr. Buffet offers his opinion of the housing market as he did during a recent interview, Las Vegas residents considering whether to buy a home (or sell one) had good reason to pay attention.

Mr. Buffet is definite in saying that believes now is a good time to enter or re-enter the housing market. It may not mean that it makes sense for everyone in Las Vegas to go out and buy a home -- but what he does say is more than a little encouraging:

1. Buffet believes that real estate is a good investment right now because of the undeniable price factor. In an interview with CNBC, he even singled out the single-family home as a good investment opportunity. Would he personally buy a home right now? “…A couple hundred thousand” would be about right…if only he had a way to do it!

2. According to the Oracle of Omaha, real estate is now a good long-term investment. In addition, with 30-year fixed rate mortgages below 4%, this looks like a particularly propitious time to buy a home for the long term.

3. He also points out that there is a lot of real estate available for sale. With such a large inventory available in all over the country, Las Vegas buyers join others throughout the country in having an unusually wide number of options available.

Even though Buffet’s prognostications on the housing market have not always been spot-on, his track record as an investor speaks for itself. He points out that while some of these same positives are true of other investments, single-family investors have a built-in advantage over institutional competitors. When we buy a home, it’s likely to be our single largest investment. To institutions, that same purchase is too small to consider. Less competition means more opportunity.

When someone like Warren Buffet says he would invest in hundreds of thousands of homes if only it were feasible, that does have a way of making anyone pause and think.  In other words, in case you have been considering whether now is a good time to buy a home or Las Vegas income property, go ahead and call me today. Let’s talk over the prospects!

If I had $Billions to invest, I'd invest in real estate now too.

However, the average consumer doesn't have $Billions and if they make a mistake or all of the rules change next year, they can be in foreclosure, bankruptcy, ruin for years to come.

Mr. Buffet needs to advise his peers.  They can afford the risk.

Shame on you Lenn!  Obviously you're in the wrong business.  In Las Vegas, properties are cheaper then they were 10 to 15 years ago.  In fact, you could even say prices in some areas are artificially low since you can't build for those prices.  Self directed IRA's with a property manager involved are safer and returning 4 and 5 times what you get in a good growth fund.  Example:  We sold a 3 bedroom, 2 bathroom condo in a highly popular neighborhood to one of our clients for $41,000.  To rehab like new, add $4,200 or total investment of $45,200.  A owner occupant could have made the same purchase with a 203K streamline.  Monthly payment would have been under $400 including principal, interest, taxes, insurance, and HOA.  This unit will rent for $1,100.  For an owner occupant, that would be a savings of $700 a month, plus a tax deduction, a fixed payment that won't change (as rent does, and rent is rising here) and equity growth no matter how small.  For the investor owner, after expenses that is a 26.5% cap rate.  You recover your whole investment in under 4 years.

Mar 24, 2012 11:20 AM
LIKE
#2
You must sign in or register to leave a comment
Login Register
Show All Comments
Older Post Newer Post
Back to Top
Generate More Leads from this Listing
With a Trulia Pro Account
Learn More
Find what you need?
See More Blog PostsAbout Real Estate! SEE MORE NOW!
Rainer
117,896 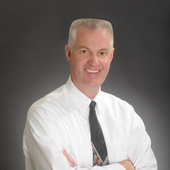