The peninsula of the Florida coast has several aspects to boast around. Among many, one highlighting barrier island is that of the Siesta Key which is eight miles in length and has several attractions associated with it. From the year 1970, the island has become a gem for condominium properties that is adding in great value to the real estate market of Florida. Although, there are several high class projects in the island, however, the Pointe Condos is considered to be a more distinguished option on the island. The project of Pointe Condos is a condominium complex that comprises of two mid rise buildings which has a total of 61 residential condominiums in it.

The community of Pointe condominium was founded in the year 1975. The direction of the project is towards the east because of which the people residing within it have the opportunity to have a view of gulf-to-bay vistas that is also considered as a major attraction of the Siesta Key Island. The condominiums in the Pointe property also consists of floor plans which ranges from 778 to 1,380 square feet in area having a configuration of two master sized bedrooms and two bathrooms as well. In addition, there are also several other facilities within the Pointe Condominiums which includes tennis courts, heated swimming pool, spa and fitness center, sauna facilities, picnic areas, boating docks and several other such facilities. Moreover, if you want to spend some quality time in a peaceful and relaxed environment, the amenities of in-house library as well as meditation gardening is also provided.

On the other hand, those who are residing in the condominiums of Siesta Key also have the opportunity to enjoy the facilities of one of the top three beaches in the barrier island which is the Turtle beach. Moreover, if you are indulged in the activity of fishing, nearby is the famous Blind Pass Lagoon where there are facilities to fishing aficionados.

Driving a short distance away, there comes another famous beach known as the Crescent Beach. The highlighting factor of this beach is that it tends to provide a more secluded experience when compared to the high standard and internationally recognized public beach of Siesta Key Island.

If you want to have trip around the town, the Pointe Condos is also located near two major downtowns named as Siesta Village and Crescent Village. There are several local as well as international establishments within these villages and you can get almost anything of your choice from these places. There are also several restaurants which are offering cuisines from the different parts of the world.

Residents of the Pointe Condominiums project who also want to enjoy the urban life of Sarasota can drive their way to it through the Stick Pointe Bridge which is a major connecting road of Siesta Key Island to the city center of Florida. Restaurants, art galleries, parks, shopping malls, theaters and several other attractions are the highlighting points of Sarasota. 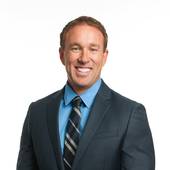