Foreclosures were up 47% in March from a year ago, and up 7% from last month alone, according to Realty Trac,  While foreclosure rates leveled off last year in the second and third quarters, many economists and industry insiders are predicting foreclosures to surge again in coming months.

Economist David Shulman of the UCLA Anderson Forecast says he thinks foreclosures will continue to rise for the remainder of the year as more adjustable-rate mortgages reset, including more so-called "no-doc" loans, which don't require verification of borrowers' income.

Rick Sharga, vice president of RealtyTrac, expects a 35% to 40% jump in foreclosure filings this year over last year.

Some areas are suffering much more than others. Five states — California, Florida, Texas, Michigan and Ohio — together accounted for 50% of the nation's total foreclosures in March, according to RealtyTrac. But it was Nevada, Colorado and California that had the top three foreclosure rates for March. *Actual increase may not be as high due to expanded data coverage.

Staggering numbers for California - out almost 150,000 foreclosure - California have almost 32,000! 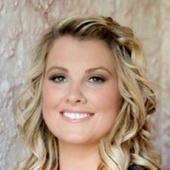