Home Sales in Ozark MO are… UP!

Pending home sales in Ozark also rose considerably in January.  47 homes went under contract in January compared to 28 homes in January, 2012, a 67.8% increase!  Since pending sales in one month feed actual sales in the next month, February sales should be excellent!

Click here to search for real estate in Ozark MO

Similarly to Springfield, while actual and pending home sales in Ozark MO are increasing, the number of homes on the market is continuing to fall. The number of homes for sale in Ozark dropped from 222 in January, 2012 to 196 in January, 2013, an 11.7% drop.  That is very significant because of the potential impact on prices.  Higher sales plus lower inventory means the potential for rising prices.  Woo hoo!! The five year chart below really shows how inventory has fallen. Prices on home sales in Ozark MO appear to be starting to rise as well.  For all of 2012 median prices were up just a bit over 4%.  That’s a good thing, but, again, it’s not “off to the races”. However, the median selling price in January was up 17.5% compared to January, 2012 ($157,500  in January, 2013 compared to $134,000 in January, 2012)!!  Now don't get overly excited just yet because one big month does not make a trend.  Plus, Ozarks overall sales numbers are comparatively small and just a couple of sales at the high end (or the low end for that matter) can skew the numbers dramatically.  It's best to take the January numbers with a grain of salt.  Full year 2013 numbers will be more telling.  Even so, it's still encouraging to see positive numbers start to creep back in.

If you are considering selling your home in Ozark this may be the best time in years to do so.  Call me today 417-234-8198 for a no hassle consultation.  Cheers!

This article was also posted on my website blog. 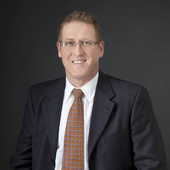