If you are one of those Boise homeowners who has been gladdened to see property values continuing to rebound, you have also been pleased at the steady decline in the wave of foreclosures that were part of the global financial crisis. When the subprime mortgage crisis triggered widespread financial dislocation, many homeowners felt the repercussions. Every Boise, Idaho foreclosure that resulted weighed on neighborhood property values, which reflect the dollar amounts paid when nearby homes change hands.

Even most people whose livelihoods were unaffected—who kept their jobs or businesses and continued to make their mortgage payments without difficulty—could have suffered as a result. When the apparent equity of a home dwindled, so too was the amount lenders were willing to lend for refinancing. The comfort provided by fat home equity lines of credit (the HELOCs) suddenly melted when their maximums were cut, or even withdrawn altogether. HELOCs, after all, were a major component in the foreclosure phenomenon. The whole atmosphere caused confidence to be shaken.

But ‘buy low, sell high’ is a proven investment strategy—and ‘buying low’ is an opportunity that typically arises when fear is in the air. Many large institutional investment outfits looked at the situation and apparently asked themselves,what’s more “real” than real estate? They dived into the panic, buying up distressed residences in droves, paying rock-bottom foreclosure prices.

For many homeowners, though, the real effect was psychological. After all, when your major asset is your home, anyBoise, Idaho foreclosure can be seen as having the effect of bringing your apparent net worth down.

RealtyTrac is the national scorekeeper for foreclosures and REOs (Real Estate Owned, or bank repossessions); and last month they continued to provide comforting news. Although there are ups and downs in the month-to-month stats, the overall trend continues to decline from the high in September 2013. In fact, there was a small uptick in REOs in April, which might seem like bad news; but REOs are actually completed foreclosures—at the same time, foreclosure starts continued their long slide downward.

Daren Blomquist of RealtyTrac was quoted with more good news, confirming that “the overall increase in foreclosure activity in April is a continuation of the clean-up phase” of the housing crisis. But even better was this: “Foreclosure starts nationwide are now running consistently below pre-crisis levels.”

It does seem as if this season is a choice time for sellers to enter the revived market. If you would like to explore the possibilities for your own property, or are ready to start the search for a Boise home of your own, please do give me a call! 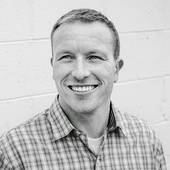 As Your Boise Real Estate Agent, there's So Much More to Serving You! Serving the entire Boise Id Treasure Valley area. Find solutions to all your Idaho Real Estate needs and questions here. Search homes for sale in Boise, Eagle, Meridian, Kuna, Nampa, and Caldwell. Conduct your own personal Boise homes search with any criteria or detail you wish; always free current information from the Boise Idaho MLS. New Boise Home listings for sale are updated daily. Start your own home search today. Being in the Real Estate business means way more than just helping someone sell or buy a home. For me Nick Smith it is about being there anytime you and your family has a need or a question that we can help you answer. Please enjoy your Boise Idaho home search experience and let me know what I can do to improve your home buying experience. Always glad to help! Remember, I am ONLY a phone call away! (208) 859-6590 Nick Smith Silvercreek Realty Group.