It’s easy to focus on all of the natural beauty and outdoor living in Knoxville and its surrounding area, but newcomers are sometimes surprised by the cultural opportunities afforded by a downtown with three top notch theatres: The Tennessee Theatre; The Bijou Theatre; The Clarence Brown Theatre.  If you are unfamiliar with the area or simply unaware of these theatres, let me take a minute and introduce you. This blog will focus on the jewel of downtown Knoxville’s façade: The Tennessee Theatre.

The Tennessee Theatre is the official “State Theatre of Tennessee”. Built in 1928 as a “movie palace”, the over the top décor which mixed styles of opulence from different genres of architecture – most prevalent a “Spanish Moorish Revival” with touches of French and Italian Renaissance. It was meant to transport an average person to a palatial type setting. It is a big part of Knoxville’s cultural and historical identity. It has had some phases of disrepair through the years but due to the creation of a foundation which not only restored the impressive details to their original magnificence, but also included an expansion of the stage which allowed The Tennessee to move from a single motion picture or vaudeville entertainment location to a Performing Arts Venue that supports all kinds of entertainment. According to the website:  “Listed on the National Register of Historic Places and honored as the Official State Theatre of Tennessee, today's Tennessee Theatre has something for everyone: classical music, vintage films, dance, Broadway, and stellar performances by today's hottest musicians and yesterday's favorites. Local arts organizations such as the Knoxville Symphony Orchestra, Knoxville Opera, at UT Cultural Attractions use the Tennessee Theatre throughout the year.” Click here to view a video. The Tennessee can also be rented for private and corporate functions such as weddings or receptions or meetings or awards ceremonies.


Live musical performances at The Tennessee are very special feeling as the small venue allows artists to connect with the audience in a very personal way. It feels as if you are in someone’s home and see a vastly different side of performers from what they can share in an arena. The changes and updates to the stage along with the restoration of the décor have earned public praise from artists like critically acclaimed award winner Lyle Lovett, who was said to have commented that if he played the rest of his performances in settings like The Tennessee he would be happy. It has also earned notice and comment from Rolling Stone Magazine which compared the interior to a Faberge Egg. The sound envelops the audience and as an audience member you are convinced you can make literal eye contact with the performers.

Movies are still shown and in some cases it is the perfect setting for re-showing grand scale classics for special events like “Gone With The Wind” or “The Sound Of Music”.  One of the BEST contributions to the cultural opportunities of Knoxville, is the annual “Broadway at Tennessee” season. Broadway shows actual touring companies bring a bit of New York Theatre to Knoxville. Every season tickets are available to see such classics as “Fiddler On The Roof”, “Cats”, “Les’ Miserables”, or “Rent”. In the 2015-16 season, “The Sound of Music” and “The Book of Mormon” are two of the main shows on the bill. People who may never have the opportunity to go to New York City or to Broadway for a play or musical have an opportunity to see a VERY good authentic representation of the shows when they come to Knoxville.

We are so fortunate and proud to have The Tennessee Theatre as a part of our cultural and historical landscape. It’s a very big dose of big city among the rest of our small city charm. It is my pleasure to acquaint newcomers with its existence and discuss the schedule of shows. I’m always happy to see their pleasure at the realization of what it brings to Downtown Knoxville. Look for my next blogs that will focus on other Theatres in Downtown Knoxville. If you would like to learn more about making your home in Knoxville, please visit my website. I’d love the chance to introduce you to my home and help you make it yours. Blake Rickels of The Blake Rickels Group – Keller Williams Realty. 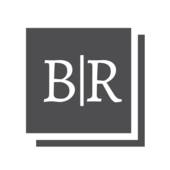