Did you know about these days to remember in February?

7 Wave All you Fingers at Your Neighbor Day, 7 Send a Card to a Friend Day -

To list a few in detail:  National Freedom Day

National Freedom Day celebrates freedom from slavery, and recognizes that America is a symbol of freedom.

National Freedom Day was established in 1948 to remind us that America stands for, and is a symbol of freedom for all people. The roots of this special day come directly from the end of slavery and the signing of the 13th amendment outlawing slavery.

Celebrate this day by reflecting upon your own freedoms that you enjoy by being fortunate enough to be in America. Millions of people in the world are not free.

News Flash! Ground Hog's Day, February 2, 2016: Set Out the lawn furniture. Fire up the lawn mower. In Puxatawney, PA. today, the ground hog Puxatawney Phil did not see his shadow. The prediction is that winter will soon be over!  Groundhog Day is celebrated in the U.S. each year on February 2. On this day in mid-winter, the groundhog awakens from a long winter's nap, and goes outside of his den to see if he sees his shadow. This tradition is big, on an otherwise cold and dreary mid-winter's day. According to legend, if the groundhog sees his shadow (a sunny morning), there will be six more weeks of winter. He then returns to his den and goes back to sleep. If however, he does not see his shadow (cloudy days), he plays around outside of his hole for a while. If he does not see his shadow, spring is just around the corner. The Groundhog's Day tradition travelled long ways. It comes from German roots. German immigrants brought the tradition with them from Germany. As they settled in hills of Pennsylvania, they began the tradition of using the Groundhog to predict the the arrival of Spring. The tradition is based upon Candlemas, the day that is the midpoint between Winter and Spring.

Thank a Mailman Day is your chance to say thanks to the guy, or gal, who delivers your mail. After all, they are there six days a week. The reliable postal worker is always there doing their job, regardless of the weather. They are a hardy lot. You'll find some mail carriers on walking routes, wearing shorts in all but the coldest of winter days. Did you Know? Pony Express riders were the most famous early American "mailmen". Their motto was " Neither rain, nor snow, nor death of the night, can keep us from our duty". This motto is believed to be taken in part from a motto dating back to ancient times. Among the most popular variation is "Through rain or snow, or sleet or hail, we'll carry the mail. We will not fail".

Make it a point to catch your mail carrier enroute today. Give him or her a great big smile and a great big "TY".  If you happen to visit your local post office, give them a thank you, too.

Send a Card to a Friend Day

Date When Celebrated : Always February 7   Send a Card to a Friend Day is a great chance to get in touch with a friend. We all lead busy lives. Its easy to let a friendship or two lapse, as we try to shuffle kids to and from events. It's hard to stay in touch, when workload demands eat up countless hours. Today is the perfect chance to send card to a friend. A paper card, or an Ecard, is just fine. You may likely find an Ecard is quicker and easier. And, you will save on postage, too.

February 7, 2016 February 1, 2015 Location: It will be held at Levi Stadium, the new home of the San Fransisco 49ers Future Super Bowls: February 5, 2017 in Houston, Texas February, 2018 Super bowl LII will be held in Minneapolis, Minnesota

Every NFL Football team wants to get to the "Party", The "Big Game", the Super Bowl! And, only one team leaves with the victory and a Super Bowl ring telling the world they are the greatest football team in the world. Millions of people around the world hold or attend the "Big Party" at bars, party houses, and in their living rooms.  Super Bowl Sunday is the second biggest snack day of the year. Second only to, you guessed it, New Years Eve. Sit down and tune in to the most watched game of the year. Even casual sports fans take part. After all, watching the great ads and the super Half-time show, are as much a part of the game as the game itself. Many spouses readily admit, they watch the superbowl just to see the ads. Remember when.....The Miami Dolphins defeated the Washington Redskins in Superbowl VII, to become the first undefeated team in NFL history. (1973)

Clean Out Your Computer Day

Clean Out Your Computer Day is a day to logically review, and delete old files and programs. Most of us add programs and files to our computer with reckless abandon. After all, computers have huge storage capacity.  Many of these files and programs are forgotten over time. Overtime they clog memory and cause confusion during retrieval and use of other files. And, some may slow down your computer.Somewhere along the way, a (most likely) computer geek or service person, created this day as an opportunity for us to remember to cleanup and delete old and unused files. So, get into the spirit of the day, and clean out the old computer.

When: February 10, 2016; March 1, 2017   Ash Wednesday is the first day of the Christian season of Lent and a sign of penitence. During Lent, Christians must fast and give up things they like. The Lenten season lasts for 46 days. On Ash Wednesday, Christians go to mass and receive ashes on their foreheads in the sign of the cross. It is a reminder of from "Ashes to Ashes and Dust to Dust". It means that we came from dust and we shall return to dust, referring to our earthly bodies, not our souls.  Did you Know? The ashes you receive are from the prior years palms.

Date When Celebrated: February 12th.is Abraham Lincoln's actual birth date. However, in modern times, we celebrate Lincoln, and all of the U.S. Presidents, on President's Day.  Every American knows President Abraham Lincoln, the 16th President of the United States. "Honest Abe", as he was commonly known, was born in the wilderness country of Hardin County, Kentucky on February 12, 1809.

Abraham Lincoln became president in 1861. Although he hated war, he was drawn into it as he believed it was the only was to save the nation, after the southern states declared their secession from the Union.

In addition to serving as president during the civil war and saving the Union,  Lincoln wrote the Emancipation Proclamation that ended slavery in the U.S. forever.He also wrote and gave The Gettysburg Address, memorializing the bloodiest and most important battle of the Civil War. Gettysburg proved to be the turning point of the war.

Shortly after the war ended, Abraham Lincoln became the first U.S. President to be assassinated. He was shot and mortally wounded on Good Friday, April 14, 1865 by John Wilkes Booth in Ford's Theatre.

When: February 14th. Valentine's Day is a celebration of love and lovers. The roots of Valentine's Day goes back to ancient times, when people paid honor to the Roman God of Fertility. This was known as the Feast of Lupercalia, and was celebrated even then on February 14th.  The traditions of Valentine's Day are broad and many. It is a time to exchange cards or small gifts. Chocolates and jewelry are the big hits of this holiday as is romantic dinners.  It is a romantic event for lovers and a fun event for kids and family. Many a couple become engaged or wed on this day. For others it is a day to fall in love.  Did you know? While 75% of chocolate purchases are made by women all year long, during the days and minutes  before Valentine's Day, 75% of the chocolate purchases are made by men.  Over $1billion of chocolate is purchased for Valentine's Day.

Why the fancy calculation? The earth rotates around the sun once every 365 and about 1/4 days. So, by adding an extra day every four years, we get mighty close to keeping the calendar consistent with the earth's annual trip around the sun. And to be very precise, the earth orbits the sun every 365.242190 days. So, on years ending in "00", (except those not divisible by 400) we skip Leap Year and Leap Day. With all that fancy calculating out of the way, let's just celebrate the day.

Find a home or sell one

WOW Lynn I had no idea there was so much happening in February when it comes to days to remember.

The most important if you have a loved one is February 14th. 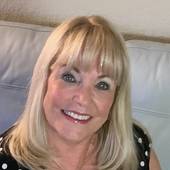