As far back as 1493, it is thought that Christopher Columbus spotted what we now think were manatees off the coast of Hispaniola, an island in the Caribbean Greater Antilles. He described this sighting as “three female forms which rose high out of the sea, but were not as beautiful as they are represented.” This perpetuated the folklore connection between manatees, large grayish brown aquatic relatives of the elephant, and mythical mermaids.

At Mangrove Nature Park in Boynton Beach, Fla., one of the major draws for visitors is the chance to view these gentle giants in their natural habitat. The Florida manatee, often referred to as a sea cow, is the state’s official marine mammal, and Florida is the only state in the U.S. where they can be found. With habitats in Florida, the Caribbean, the Amazon Basin and the west coast of Africa, manatees are considered endangered with the threat of extinction. Spanning 12 acres, Mangrove Nature Park is located adjacent to the Intracoastal Waterway just east of St. Mark's Catholic Church and School. Situated in a mangrove hammock area, the Park is leased by the city of Boynton Beach from the Diocese of Palm Beach County and serves as a conservation and recreational resource. On its western border, it connects to three tidal inlets, where the manatees can be found, as well as a variety of other animals, including birds, which all call the Park home. Mangrove Nature Park features a long boardwalk that winds through the forest of mangrove trees. Near the half-way point, the boardwalk turns into an elevated platform that overlooks the Intracoastal. From there, visitors can look down and see the recently constructed rock walls that shield the habitat for snook, other brackish-water fish and the Florida manatee, which can be seen most often during high tide. There are six interpretative panels along the boardwalk that describe Florida’s state marine mammal. The boardwalk circles back and ends near the starting point. As with other grazing animals, Florida manatees play a critical role in influencing the balance of plant growth in the shallow rivers, bays, estuaries, canals and coastal waters they inhabit. Protecting the Florida manatee as well as other wildlife and plants is essential to conserving Florida’s many unique ecosystems.

The Park is frequented by school and conservation groups to enhance their environmental educational study programs. Along with manatees and the many native trees and indigenous animals, visitors can view gigantic spider webs woven into the branches of the mangrove trees.

Mangrove Nature Park is open from sunrise to sunset daily and is accessible by car, bike and foot. Amenities include a lighted parking lot, lighted restroom facilities, benches, bike racks and drinking fountains.

Parks that provide viewing access and interaction with Florida’s unique wildlife are a draw for residents and visitors alike. In tandem with the many dining, arts and entertainment venues that Boynton Beach has to offer, that’s what made the City a perfect location for two of GL Homes luxury 55+ communities. Valencia Cove, featuring homes priced from the $450,000s and Valencia Bay, with homes priced from the $500,000s, both offer spectacular residences and resort lifestyle amenities in this ideal location. 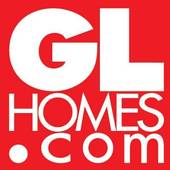 Local News and Events over 4 years ago
bookmark_borderbookmark
No Shortage of Excitement and Outdoor Activities i...
View more Recent Posts   arrow_forwards