I just read a new CNN report on line discussing the low numbers for many markets across the nation.  While median prices nationally (-5.8)% and regionally (-3.2%) continued to fall, our median price has rebounded (16.1%).  Danville continues to be a value in the world of real estate.  When we see the national figures just released for the fourth quarter and compare our local market, we can truly celebrate.

The CNN report is lamenting the fact that the nation has begun to follow the major markets.  Fortunately for us, we still have the most affordable housing, and are experiencing growth in sales values.

As of Dec 31, 2007 sales in the Danville Area Board of Realtors MLS have taken a turn in the right direction.  After a record number of units sold in 2006, we are back to a "normal" pace.  Growth in home values continues at the steady rate we saw through the first half of the decade.

The median selling value in Danville increase from $59K for the fourth quarter of 2006 to $68.5K for the same period last year.  Contrast with the 9.3 % decrease in the low price leader in the survey, Youngstown, Ohio.    Our nearest competitor on the list, Decatur IL fell 15.9% to $75K.  In fact, Danville out paced any market on the list with a median selling value under $100K.  Only Cumberland MD and Yakima WA showed a high % increase.

Despite the good news, we need to guard against a trend toward overpricing.  Our average DOM and the % of list to selling price are both indicating a growing tendency in that direction.

The average selling prices for Danville and the MLS are are also continuing to rise.  Danville is still a great market in which to invest in real estate.

Show All Comments
Charles G. Hennebeul
AMERICAN CASH SOLUTIONS INC - Melville, NY
In 99 when I started in the biz, rates were 8.75%; in the 80s my parents had 12 to 16% rates being sold to them; what will happen when rates go up?  I am predicting double digit interest rates in 2 to 3 years..or less!
Like
chevron_left
Older Post
Back to Top
Newer Post
chevron_right
Rainer
17,246 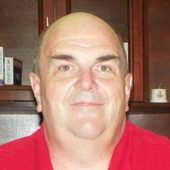