Crystal Lake is a large city and one of the Northwestern Chicago Suburbs As the largest city in McHenry County, it contains three high schools, and has many separate neighborhoods.

45% of the households included children under 18, 64% were married couples living together, 8% had a female householder with no husband present, and 25% were non-families. 20% of all households were made up of individuals and 8% had someone at least 65 years old living alone. The average household size was 2.9 and the average family size was 3.4.

The historic downtown district is a favorite in the community.  This is where many communters catch their morning train to the city.  Located in the downtown district is the Raue Center for the Perdorming Arts where you can find plays and concerts throughout the year.  There are many restaurants worth visiting including Finn McCools, Georgios, and Duke O'Brians.  Don't forget the little boutique shops that are sprinkled throughout downtown.

Crystal Lake is home to McHenry County College and a number of elementary and high schools.

There are Three Middle Schools Bernotas, Lundahl, and Hannah Beardsley. Bernotas was built in 1969. Lundahl was built around 1958- 1959. Hannah Beardsley oppened in 1996. Bernotas is the home of the Vikings. There are three high schools which serve the city of Crystal Lake. The oldest,  Crystal Lake Central, graduated its first class in 1924 and was known as Crystal Lake Community High School when it opened. It is located in the downtown area of the city, and has an enrollment of approximately 1300. In response to pressures from increasing population, Crystal Lake South, was opened in 1978. When it was completed, the school was ridiculed for being remotely located and surrounded by corn fields. It now stands boxed in by suburban development. Prairie Ridge High School opened in the fall of 1997, again due to increasing population pressure. The school stands on a hill off to the north of the city.

is mary opfer from remax unlimited a horrible person? 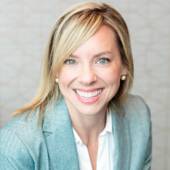