My best advice is that you replace it when it starts to look like this! I'm not sure how old this tank was, but the bottom has been rusty for a long time.  Other than the rust, there were no obvious signs that something was wrong until water started leaking everywhere!!  Thankfully, the water ran away from the basement instead of toward the basement...the clean up could have been A LOT worse.

As bad as the outside bottom of the tank looked, the actual source of the leak was hidden.  Here is the real culprit: If I had been able to see this, I would have started saving my money! The first company I called wouldn't give me a ballpark figure over the phone but (at ~6:30 PM on a Thursday evening) I was promised a "good price"--and also that "the guys" could be there in the morning (Friday morning).  We set up the appointment but I still wanted to research the price of replacing a bladder tank.  After a fairly short period of time, I felt that I had a pretty good feel for what a "good price" would be.

Well, "the guys" showed up in the morning and the price they quoted was about $200+ higher than what I was expecting.  I shared with them the information I had found online, but they were not budging on the price.  I apologized to them for wasting their time--and they actually WALKED AWAY!!  I was surprised because I really thought they were bluffing....

GREAT! Now what?  I started making calls and planning for a water-less weekend.  Thankfully, I found another company who quoted me a price that was close to what I was expecting AND they could send someone out in the afternoon...yes, THAT SAME DAY--a Friday!

The serviceman did a great job.  Not only did he replace the pressure tank for the expected price, he also repaired a plumbing issue that sometimes kept me awake at night with worry.... The bottom is now plastic and I can look through that little hole to see if the nozzle is starting to rust out. There is another way a pressure tank can fail.

If the air bladder gets filled with water it can't do its job. Some pressure tanks don't have a bladder and need to be re-charged when the tank fills with water. (There must be air in the tank to provide the "spring" to even out the pressure.) 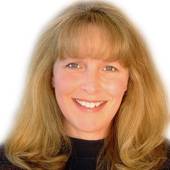 A blog by an Exclusive Buyer's Agent who is dedicated to buyer representation and protecting the rights of home buyers 100% of the time. I am a home buyers best friend!