The new fire station in the JC neighborhood in honor of Colonel Robert E. (Hoot) Gibson, USAF (Ret) is here.  Colonel Gibson was a highly decorated Officer who served his country for 29 years as a pilot and Squadron Commander flying combat operations in both Korea and Vietnam.  Returning to Sonoma County after retiring in 1971, he purchased the Carwash at 50 Lewis Road in 1977, operating the business until his death in 1998.  His family continued the business until purchased to become Santa Rosa Fire station #11 in 2007.  Robert E. Gibson was an individual whose pride, honor, respect and human kindness touched many lives.

The dedication will take place on Saturday, May 30 from 10:00 am to 1:00 pm. This would be a great time to take your kids down to the station and welcome the firefighters to the neighborhood. 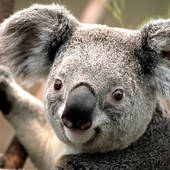