In an article reported in the Wall Street Journal Friday, Federal Regulators are set to meet over the next 2 weeks to set policies for tens of thousands of bank employees nationwide.

Under the proposal, the Fed could reject any compensation policies it believes encourage bank employees -- from chief executives, to traders, to Mortgage Loan Officers -- to take too much risk. Bureaucrats wouldn't set the pay of individuals, but would review and, if necessary, amend each bank's salary and bonus policies to make sure they don't create harmful incentives. The Fed itself believes it has the legal authority to take such action through its existing supervisory powers, which are designed to oversee a bank's soundness.

Some congressional critics, especially Republicans, argue the Fed is exerting itself too aggressively, a complaint that will surely be amplified by its move to oversee bank pay practices. The proposal will likely please congressional Democrats, for whom corporate compensation has become a rallying cry, at a time when the Fed is defending itself from moves by Congress to restrain its independence.

As a Mortgage Loan Officer is some capacity for the past 26 years, I don't have a problem with it. First of all, the consumer deserves a competitive rate. Secondly, it will weed out the Mortgage Loan Officer that is part time and is only closing 1-3 loans per month. On those loans, they try to make what a full time loan office makes in closing 7-10 loans. Although I don't like the government getting into the private business policy making, they already are and the Fed's will not go away. The only thing the industry can do is try to turn it into a positive. The positive will be to rid itself of the Mortgage Loan Office that is not in it for the loan term, that is not a "student" of the business and that does not have the consumer's interest in his/her interest.

Guys like me with a proven track record of closing high volume of good sound loans will be able to negotiate a salary based on previous years of performance. At the end of the year probably be bonuses on the number of units closed. If you don't have the numbers and you can't, try the car industry.

I would have to agree with you I don't see it as a bad thing, take out the money motivator and that will cut back on taking advantage of people.

Steve, Welcome to Active Rain! Active Rain is a great place to share your knowledge, expertise and thoughts, as well as network and learn so much from the vast pool of talent already onboard. 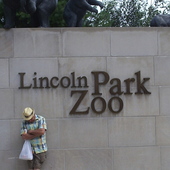