I have no real excuse but let me try:  I live in a no cell tower zone.  Cell phones just don't work where I live.  I know, I know.  I'm planning on moving.

So, I have been happily behind the times on cell phones for years.  I had a Motorola Krazr, what the heck.  Besides, this is Maine, right?

I am on line more hours of the day than not.  I don't want a phone for email.  I just wanna phone!!!  But times have changed.  I would go to broker open's and instead of rushing the lunch, everyone's face was in their Blackberrys.  Hullo?  Anyone home?  I don't want to be the Realtor focused on technology, ignoring the people.

So I looked at Blackberrys.  Tiny buttons with both letters and numbers which are hard for boomer eyes.  Ok for getting your email but really, I just want a phone. And the ability to occasionally pick up email when I am stranded for hours with no web access.  I planned on buying a Blackberry.  Picked out the one that looked like a regular phone, separate buttons for numbers and letters.  Tiny but separate.

Then a friend with a smarty tech hubby walked in the office with a touch screen smartphone.  Bright, shiny and everything on it.  All kinds of apps.  So I went on line and bought one.  Touch screen, pull out Qwerty board.  A Samsung Rogue.  It even SOUNDS like me.  Weeeeeeeeeeeeee.

Of course, it comes with no manual.  A little doll size book that tells you how to turn it on, in English and in Spanish.  After that, search the web and good luck.  The little devil is very touch sensitive.  I don't have the right size case for it and I'm not used to handling it.  So it falls out of the pouch, gets squished in the purse and then gets busy.  I mean, it phones people!!!

Now, I've known my dog to curl up on the remote and order up a movie.  But this is an inanimate (correct that, it's very animated) object that is more social than I am.  Apps keep trying to download themselves.  Voices appear and I have to check and see if they are automated or real.

My final conclusion:  I need an aircard for the notebook.  But in the meantime, I do love my smartphone.  I really wish it would stop phoning people, though...

My worse fear is my phone will call someone collect- just kidding.  We live in a an area that has lots of towers, they just don't always talk with each other.  I get voice message hours after the original call.  good luck getting high tech.  cw

I'm still trying to set the clock on my Betamax -- LOL.

I know my phone has lots of bells and whistles, but I just use it to make and receive phone calls. Lol, Russell.  I even know what a Betamax is.

Thank you for the good wishes, Cheryl.

When I first bought my phone about 8 years ago all it did was make phone calls and text.  When I went shopping for a new phone this year I wanted a phone that did the same.  I realized there was not a phone out there that did not go on the Internet, have a camera, or allow you to watch TV.  I gave in a bought the phone with the least bells and whistles.  In fact I almost got into an accident because my phone somehow went into TV mode and started playing a TV show.  I was startled to hear voices when I turned off my radio.   My motto is "Technology is great when it works."

Oh Margaret i thoroughly enjoyed reading about your experience!  I can well identify!  I too just wanna phone... not interested in being distracted will the tech gadgets all the time!  I hope it works out for you!  Have a nice holiday!

Hi Margaret: I would recommend putting one of those cell phone boosters in your house - they really do work wonders!  My advice - go to the kiosk at your local mall and ask them which version they are using.  I know the mall near me - they have those boosters working so everyone who tries a cell phone out at their store gets a crystal clear connection!

Great post. I got a blackberry not that long ago. Took me longer than most because all I wanted was a phone but after many conversations with other agent I found it was time to get with the times. Yes the numbers are small but it has freed me from being attached to my lap top. I wanted a touch screen however being in Maine where reception is not the best I had to stick with a company that has the best coverage for my area. So I was stuck wit hte blackberry for now. It is not perfect but is useful in this business,

Ahh Raylene - A fellow coastal Mainer who knows the vagaries of cell towers in this area.

Matt - I gotta say again - Who can resist that face!!!  You know I brought up your suggestion at our sales meeting.  Most of us were not aware of the boosters.    I know what is on my Christmas list!!!

Diane - Thanks for your good wishes and happy Holidays to you, too.

Nicholas - a technologically kindred spirit.  Yes, great when it works. 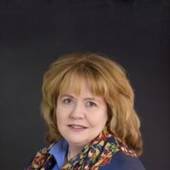